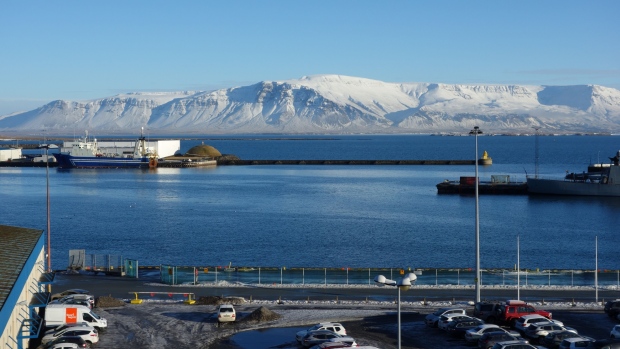 The view of the harbor from the apartment in Reykjavik. , Ragnhildur Sigurdardottir/Bloomberg

The spacious entrance to Hildigunnur Haraldsdottir’s building in downtown Reykjavik is paved with marble from Prague and decorated with stained glass artwork by a famous local artist. The architect’s apartment on the 5th floor is fitted with floor heating, AEG appliances and balconies with stunning views of the city’s harbour and historic center.

The flat is one of 38 that she designed for her company, T13 ehf, with co-financing from Landsbankinn, Iceland’s largest bank. Only 23 of them have been sold since they hit the market more than a year ago.

“We have lowered our prices and can’t lower them further, since the price is now lower than the cost of building,” Haraldsdottir said in an interview in Reykjavik.

Iceland has a history of booms and busts, and the architect’s venture shows how prone to excesses the nation can be. While hundreds of new luxury apartments remain empty, a lack of affordable housing (according to a recent government report, some 8,000 homes are needed to address the shortages) continues to fuel widespread resentment, poisoning ongoing wage talks between the unions and employers.

More than 10 years have now passed since Iceland plunged into its worst financial crisis in recent history, and the recovery is virtually complete. Most of the capital controls that were introduced in the wake of the banks’ collapse have been lifted and unemployment is at a decade-low.

After years of strong growth fueled by record tourism receipts, Icelandic debt to disposable income is at 151 per cent, the lowest in the Nordic region, while gross domestic product per capita is 30 per cent above the average in the European Union, according to the country’s statistics office.

Like in Sweden, Denmark and Norway, Iceland is now experiencing a fizzy housing market thanks to historically low mortgage rates. 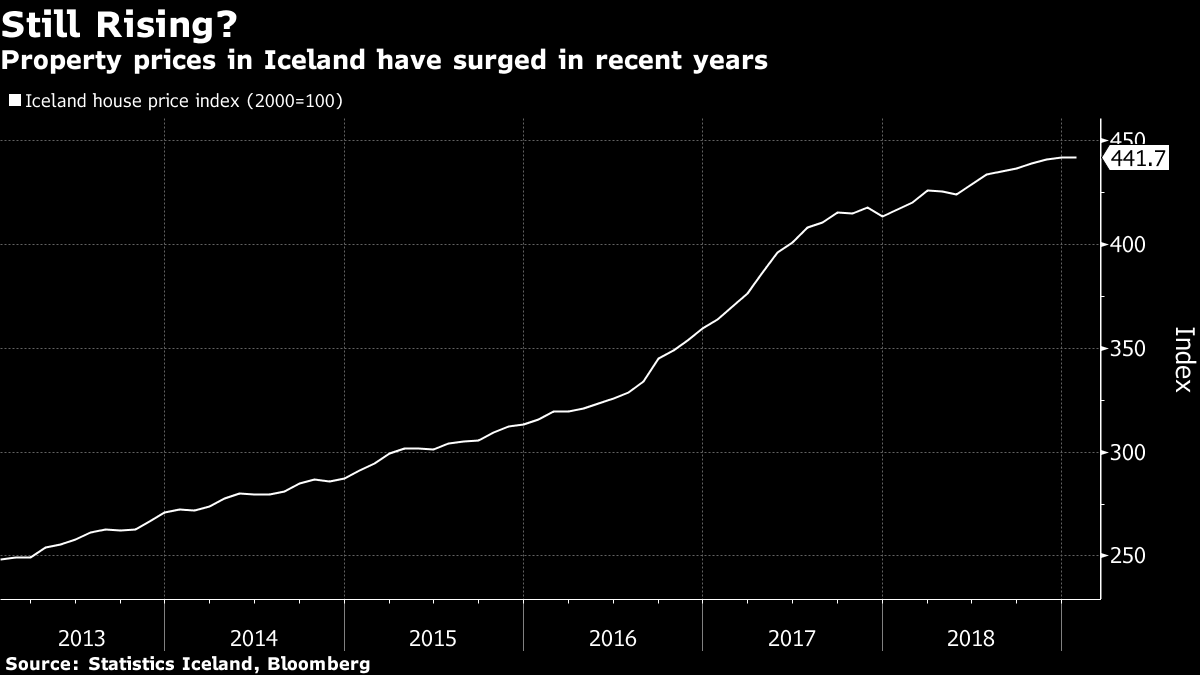 The price of new apartments -- which tend to fit the luxury category -- rose 17 per cent between Oct. 2017 and Oct. 2018, compared with a general rise in property prices of 3 per cent over the same period, according to the Housing Financial Fund. A fancy new flat in the center can now cost as much as US$7,000 per square meter.

The property boom has fueled lending. Short-term lending to real estate and construction companies is heading back toward its pre-crisis levels, with those loans now accounting for a fifth of the commercial bank’s loan portfolio, according to central bank data.

Like others in the business, Haraldsdottir and her business partners may have got their timing wrong. A recent report by Arion Bank suggests the housing market is now leveling off, with “expectations of increased supply” contributing to “moderate price increases.”

At the same time, Iceland’s economy is showing signs of slowing as a tourism boom cools. According to airport operator Isavia, overall tourist numbers are expected to fall 2.4 per cent from last year’s peak. The central bank is forecasting economic growth of 1.8 per cent this year, the slowest pace since 2012 and about 1 percentage point below its November forecast.

Though the country’s airlines are already feeling the impact, the slowdown in tourism numbers is also expected to affect the housing market as demand for short-term lets to Airbnb clients weakens. Meanwhile, wealthy Icelandic ex-pats who had been taking advantage of a weak krona to buy up properties are now having to deal with a strengthening of the currency.

Mar Gudmundsson, the governor of the central bank, insists he’s not worried by the mismatches in the real estate market. The bank has kept interest rates unchanged for two consecutive meetings to gauge the scope of the slowdown.

But Asgeir Jonsson, an economist at the University of Iceland, says people like Haraldsdottir should be worried.

“The contractors have been catering to the luxury market, which now seems to be more or less saturated,” he said. “I would not be surprised if the price” of high-end apartments were to fall further, he said.

The question is if the broader economy can withstand it.