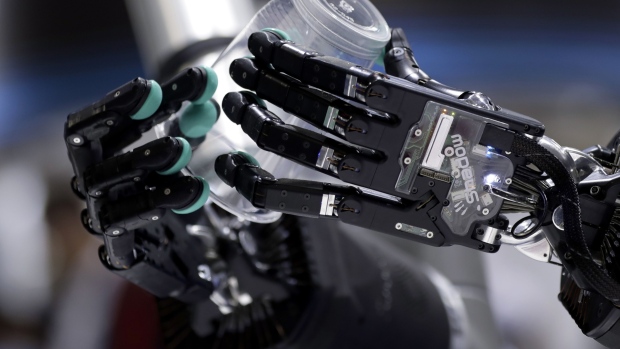 Can’t decide whether to invest in cannabis companies, artificial intelligence or both? A new exchange-traded fund wants to help.

The Global X Thematic Growth ETF, which trades as GXTG, is giving investors exposure to a multitude of themes using about 17 funds run by its parent company. The new product, which began trading last week, currently has about 23 per cent of its portfolio in social-media stocks via ETFs and another 11 per cent in robotics and AI companies, data compiled by Bloomberg show. It has nothing in a marijuana fund that it’s also allowed to own.

It’s an interesting time for issuers of thematic ETFs amid stalling growth and a glut of new products hitting the market. More than 100 of those funds — from investments focused on millennials to robotics, and genomics to 5G communications — currently compete for cash, according to Bloomberg Intelligence. Yet assets in these funds have shrunk seven per cent to US$47.5 billion since reaching a peak in September 2018.

“A fund of funds approach will make it easier to implement and provide diversification as some themes will perform better than others in the short term,” said Todd Rosenbluth, director of ETF research at CFRA Research. 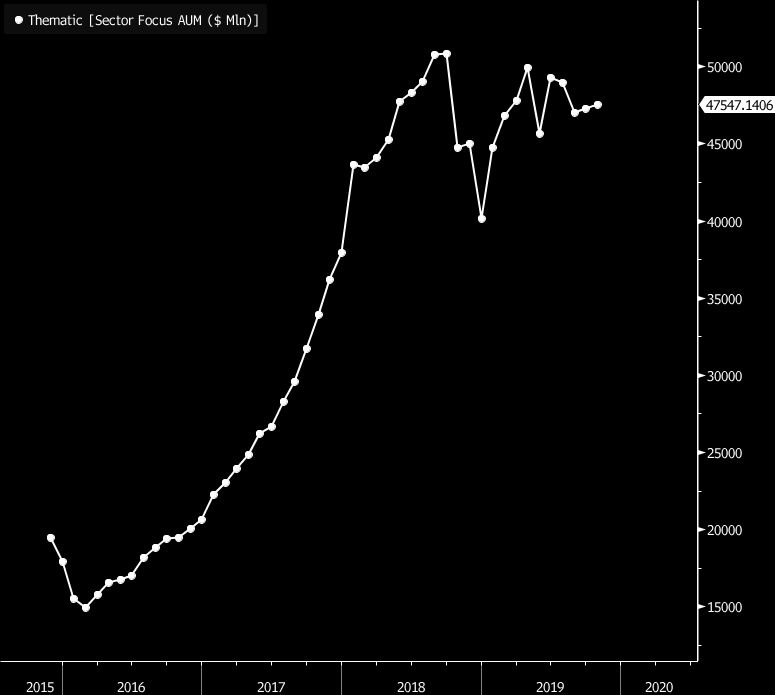 GXTG will own seven funds at any one time, based on which ETF has the highest sales growth within its sector. Pot stocks fall within the consumer discretionary group, while the AI and robotics fund qualifies as industrials. Other sectors encompass technology, energy and transportation, financials, communications, and health care.

The combo fund charges US$5 for every US$1,000 invested, less than many of its peers — and some of its components. Owning the Global X Social Media ETF, for example, GXTG’s largest position, costs US$6.50.

While bringing different thematic ETFs into one fund might seem counterintuitive, given that these funds intentionally slice and dice the market to focus on trends, it’s not a wholly new concept. For example, the First Trust Dorsey Wright Focus 5 ETF, which began trading in 2014, employs a similar tactic, rotating between different industry and sector funds.

And investors usually already have more than one thematic fund within their portfolio, according to Pedro Palandrani, a research analyst at Global X Management Co. “We’re providing one ETF that is diversifying the exposure to investors, but it’s basically what they had been doing by allocating their assets to multiple themes,” he said.