If Saudi Arabia sticks to its plan, it will cut supply about 80 times faster, with a promised decrease by January of about 900,000 barrels a day compared with November.

That’s similar to what happened the first time the Organization of Petroleum Exporting Countries and its allies agreed to cut production two years ago. Saudi Arabia led the way with a rapid output drop, while Russia made more gradual reductions because of the difficulty of adjusting fields quickly in the harsh Siberian winter.

It does mean that when OPEC+ meets again in April to review its agreement, Russia may have only just achieved its targeted cut of about 228,000 barrels a day. 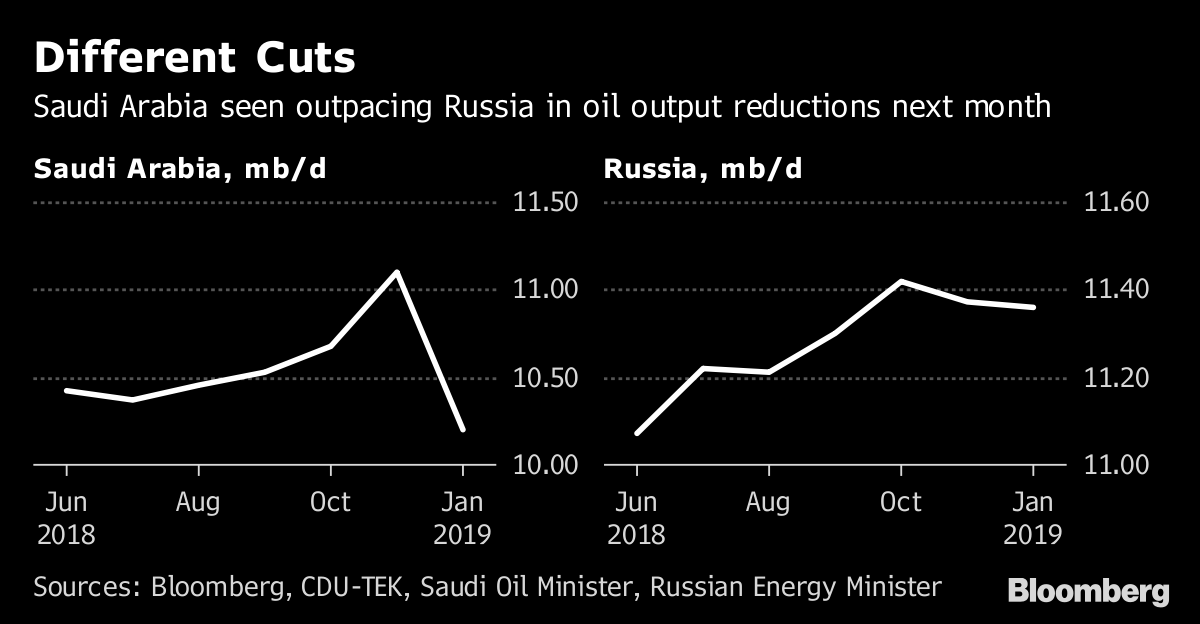