The bullish case for Shopify despite valuation concerns

Three times in the past 13 years, a Canadian technology firm has burst into prominence and become the country’s most valuable public company. The first two times it proved to be a curse: Nortel Networks Corp. eventually went bankrupt and BlackBerry Ltd. lost its dominance of the smartphone market.

E-commerce company Shopify Inc. may prove to have more staying power, but its more than 50 per cent drop since Nov. 19 is testing the bulls’ resolve. The swift decline has multiple causes, including the market’s rotation away from high-priced growth stocks and a slowdown in online sales. U.S. non-store retailers had a difficult December, with sales falling 8.7 per cent. 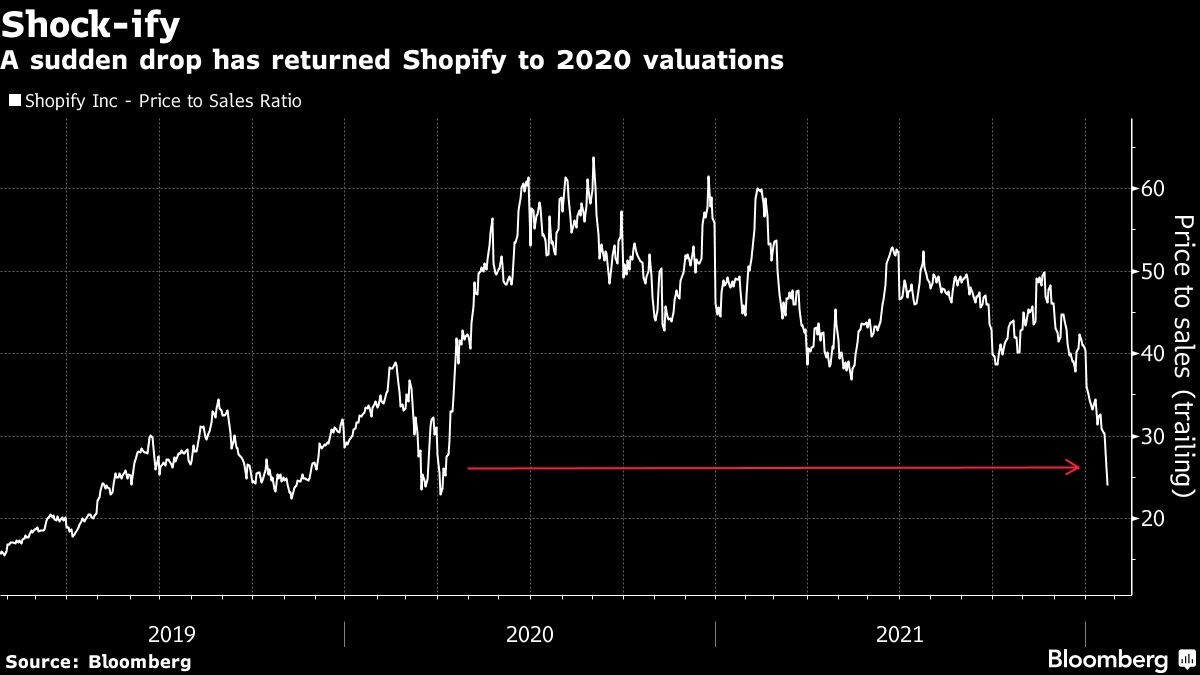 The correction has pulled Shopify’s valuation back to where it was in the early days of the pandemic, when lockdowns of physical stores meant a boom in online sales. Shopify now trades at 24 times trailing revenue, a level last seen in April 2020. The stock is about 13 times analysts’ early estimates for 2023 sales, according to data compiled by Bloomberg.

Shopify’s plunge has been a major headwind for the S&P/TSX Composite Index, which is down 6.8 per cent since Nov. 19 -- even though financial and energy stocks, the two biggest groups, have risen.