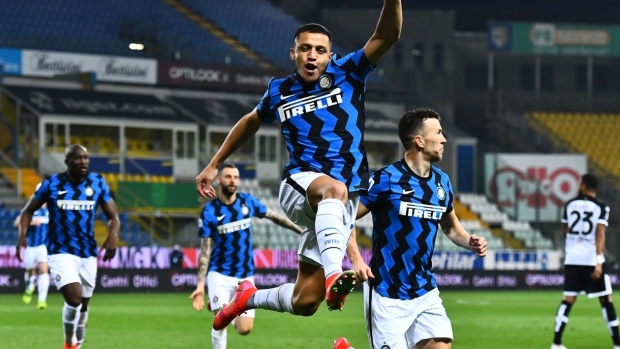 Suning is working with an adviser to review a range of possible asset disposals as it seeks to shore up its finances, according to the people. It has been informally gauging interest from potential investors in providing fresh equity funding to Inter Milan, the people said, asking not to be identified because the information is private.

The Chinese group, which bought control of Inter Milan in 2016, could kick off a formal process to sell a stake in the team as soon as early next year, according to the people.

Inter Milan, one of Europe’s top soccer teams, posted a record loss last year as its financial situation was worsened by stadium closures and other Covid restrictions. Its prospects have also been hurt by the failure of a mooted “Super League” project, which would have given it guaranteed revenue streams as a permanent member of the new competition.

Private equity firm BC Partners had previously held talks on a potential investment in the Italian team, though negotiations collapsed earlier this year, Bloomberg News reported at the time. The club failed to pay regular salaries to its players last season, and Oaktree Capital Group agreed to provide 275 million euros ($310 million) of financing to Inter Milan in May.

A fresh infusion of capital would help ensure Inter Milan has enough funds to pay back its borrowings and avoid a situation where creditors assume control of the team. That happened to cross-town rival AC Milan in 2018, when billionaire Paul Singer’s hedge fund firm Elliott Investment Management took over the club after it failed to repay its debt.

Suning’s deliberations are ongoing, and there’s no certainty they will lead to a transaction, the people said. A representative for Suning declined to comment, while a spokesperson for Inter Milan didn’t immediately respond to a request for comment.

Despite its financial difficulties, Inter Milan has been having a successful run on the field. The team won the domestic league last season and qualified this season for the UEFA Champions League round of 16.