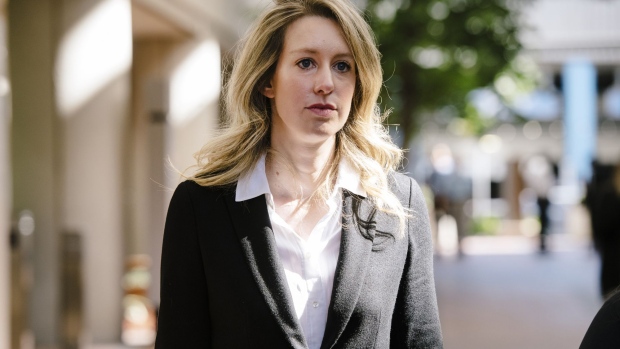 There’s a scene in the fourth season of the “The Sopranos” where Adriana La Cerva, worried about being forced to testify against her fiancé, decides that marrying him might solve the problem. She consults a lawyer, who pours cold water over her theory: “If they want you to testify, they’ll find a way.”

This scene comes to mind in the wake of the latest legal setback for Elizabeth Holmes, founder and former CEO of Theranos, whose trial on federal fraud charges begins this summer. Earlier this month, a judge rejected her claim that some of the prosecution’s evidence was protected from disclosure by attorney-client privilege. Why? Because the lawyers in question weren’t her own personal lawyers, they were lawyers for the company; and the representative of the now-liquidated Theranos had waived the privilege.

I’ve been critical of Holmes’s defense strategy before, but this time I have some sympathy. The judge’s opinion — although correct on the law of the 9th circuit, where the case was decided — illustrates what’s wrong with the way lawyers think about privileges, and helps show why the courts should worry more about how lay people think and act.

At issue were documents prepared by the law firm of Boies Schiller Flexner LLP during the period when it represented Theranos. Holmes argued that the documents were privileged because Boies Schiller was her personal lawyer as well as the company’s, up until the point when she retained separate counsel to advise her in the government’s investigation of the company.

The judge disagreed. The opinion cites several reasons. Here’s the one the lay reader will likely find startling: Boies Flexner wasn’t Holmes’s lawyer because she never “made it clear that she was seeking legal advice in her personal capacity.”

As I warn my students, the rules governing attorney-client privilege can be enormously complex. But here the reasoning is easy to follow: the fault lies with Holmes for misunderstanding how privileges work. In other words, it isn’t the job of the law firm to make clear the limits of its representation. It’s the responsibility of the client to sort things out for the lawyer.

This line of reasoning makes sense only if we expect the client to know from the start how privileges work.

Which is, to say the least, topsy turvy.

The dilemma is a common one for senior officers of organizations, especially those without legal training. If a problem arises on the job and you’re worried about personal liability, the first thing you do is go see a lawyer. Chances are that you know approximately two: one down the hall who works in-house, another you’ve spoken to on corporate business. You make a choice and tell your story.

The problem isn’t limited to corporations. It arises in nonprofits, in government agencies — anywhere that employees who aren’t trained in the law might seek legal advice without realizing that the institution’s interests and their own don’t align. More to the point, like poor Adriana, they think they understand what’s privileged and what isn’t — but they’re wrong.

Well-run organizations drill the distinction into the heads of their people. And in a perfect world, lawyers would begin every conversation, even with managers from their corporate clients, with a warning about the limits of the privilege. But the world isn’t perfect, and nobody can keep track of everything. (That’s what lawyers are for.) That’s why many courts, rather than placing the responsibility on the would-be client to know the law, apply a sensible rule that privileges whatever the reasonable lay person who’s consulting a lawyer would think is privileged.

Even that wise approach doesn’t protect the many people who don’t consult lawyers at all. Consider an example raised by the late Supreme Court Justice Antonin Scalia. Patients’ conversations with their psychotherapists are privileged; children’s conversations with their parents are not. Scalia objected: “Ask the average citizen: Would your mental health be more significantly impaired by preventing you from seeing a psychotherapist, or by preventing you from getting advice from your mom?”

Scalia was arguing against expanding evidentiary privileges. But maybe his acid comment cuts the other way. Were we to shape the rules around how people actually behave rather than how lawyers and judges think they should behave, privileges would be interpreted broadly not narrowly, and we’d have more of them. (I often tell my students that I’m in favor of a confidence-shared-with-my-best-friend privilege.)

Don’t get me wrong. The judge got the law right. But the rules that govern privilege are confusing and archaic, influenced not at all by how those who aren’t lawyers think and act. That unfairness we should change.