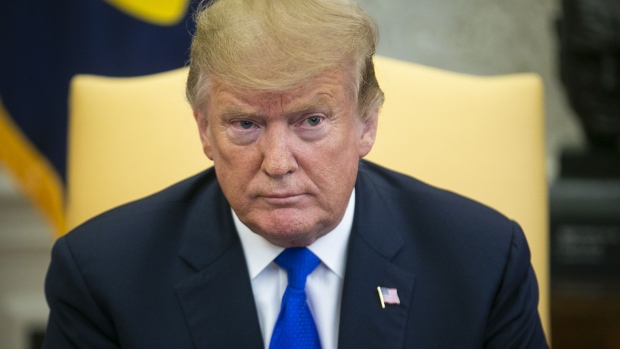 "What’s going on with General Motors?" Trump said while touring an Army tank plant in Lima, Ohio. "Sell it to somebody" or reopen it, he said. "Get it open now. Don’t wait."

Trump’s comments follow similar statements he made on Twitter over the weekend, in which he said also called for the plant to resume operations.

The company said in a statement following the president’s tweets that “the ultimate future of the unallocated plants will be resolved between GM and the UAW,” referring to the United Auto Workers union. It added that more than 1,000 GM employees at so-called unallocated plants have been placed at other locations and opportunities are available for nearly all of the affected workers.

Trump said Sunday he’d asked GM Chief Executive Officer Mary Barra to sell the plant and tried to shift blame to the Democratic leader of the local union. Earlier on Sunday, Trump tweeted that “Democrat UAW Local 1112 President David Green ought to get his act together and produce.” He added, “Stop complaining and get the job done!”

Green, who’s been a critic of the president in the past, said Trump had pledged to preserve jobs in Trumbull County, where GM’s Lordstown plant is located, but the unemployment rate there was 7.7 per cent in January.

GM is threatening to close plants that build sedans and compact cars because consumers have been moving to sport-utility vehicles for several years. The Lordstown plant had been used to produce the slow-selling Chevrolet Cruze compact car.

The automaker and its rivals also see an overall car market that was flat in 2018 at 17.3 million cars and trucks, and is predicted to fall this year.

In November, GM included Lordstown on a list of four plants in the U.S. and one in Canada that could be shuttered by the end of 2019 if the automaker and its unions don’t come up with an agreement to allocate more work to those facilities. In the following month, Barra said in meetings with Ohio lawmakers that the future of the factory can turn on the outcome of labor talks.