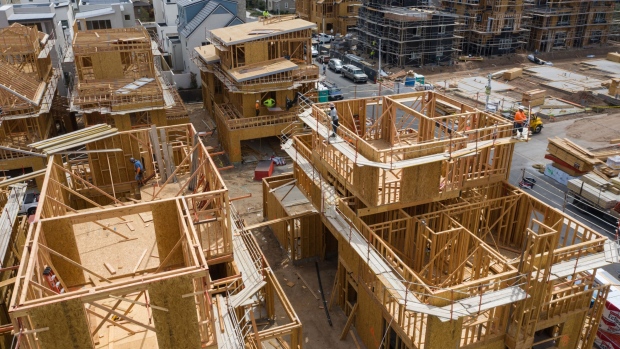 U.S. housing starts rebounded sharply in March to the highest since 2006, exceeding forecasts and indicating residential construction is getting back on track after a winter storm-related setback.

Residential starts jumped 19.4 per cent last month to a 1.74 million annualized rate, according to government data released Friday. The median estimate in a Bloomberg survey called for a 1.61 million pace. Applications to build also climbed. 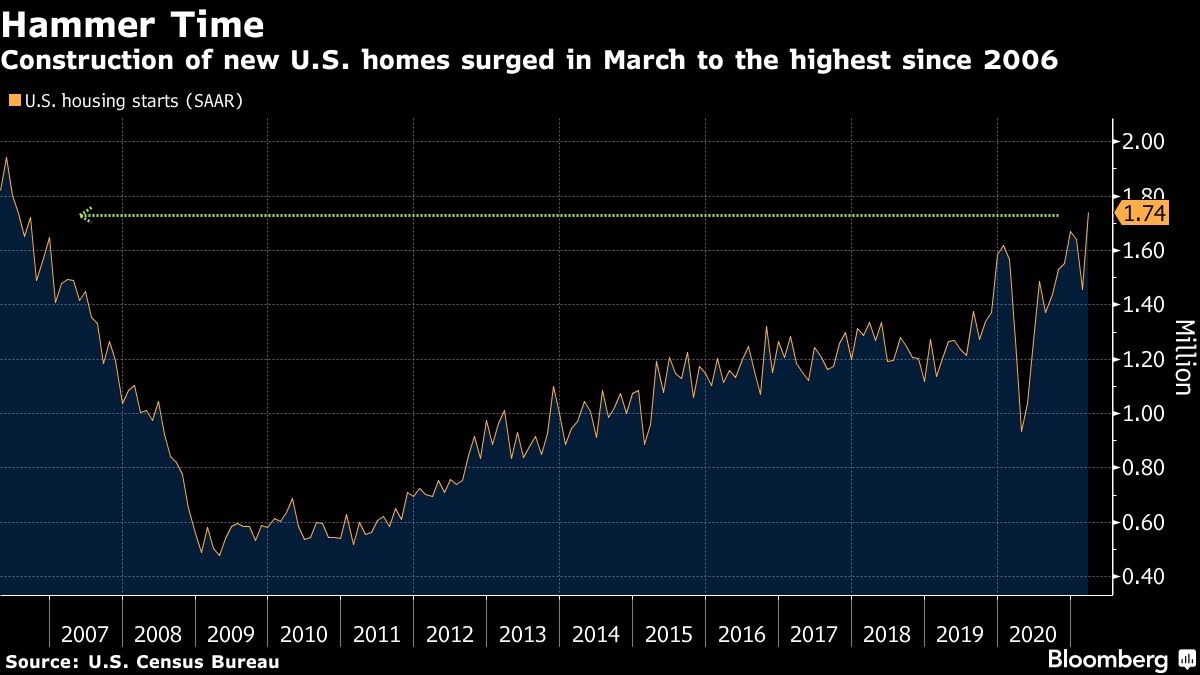 The figures suggest that homebuilders are making progress on elevated construction backlogs stemming from both strong housing demand during the pandemic and inclement winter weather. While home sales have softened since October, they are still above pre-pandemic levels, indicating that construction activity will remain strong for some time.

Applications to build, a proxy for future construction, increased 2.7 per cent to an annualized 1.77 million units, while the number of one-family homes authorized for construction but not yet started -- a measure of backlogs -- rose to 124,000 in March, the most since May 2007.

A report on Thursday showed a measure of homebuilder sentiment improved in April, suggesting firms see steady growth in the housing market heading into the second quarter.

March data on both existing and new home sales will be released next week.