Mortgage rates in the U.S. rose above 3 per cent for the first time in 10 weeks.

The average for a 30-year loan was 3.02 per cent, up from 2.93 per cent last week and the highest since April 15, Freddie Mac said Thursday.

“As the economy progresses and inflation remains elevated, we expect that rates will continue to gradually rise in the second half of the year,” Sam Khater, chief economist at Freddie Mac, said in a statement. “For those homeowners who have not yet refinanced – and there remain many borrowers who could benefit from doing so – now is the time.” 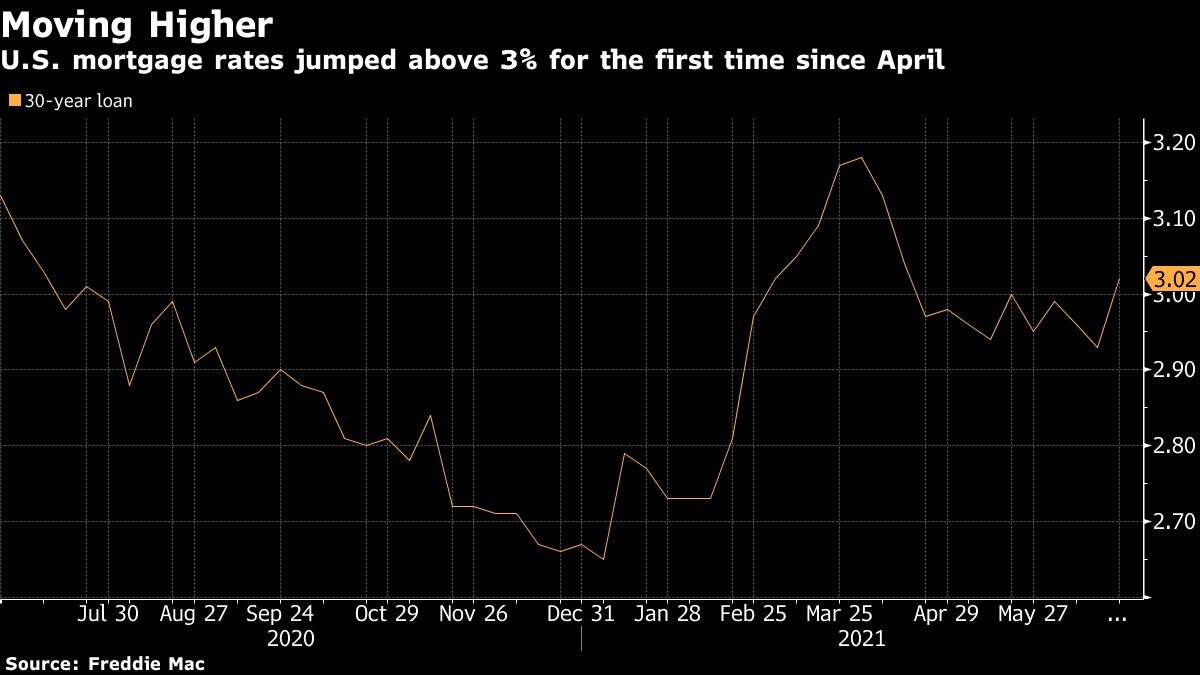 Mortgage rates, which hit a record low of 2.65 per cent in January after plunging during the pandemic, have been hovering near 3 per cent for several weeks. The cheaper borrowing costs have fueled the housing market, boosting buying power for Americans looking for properties.

Many homeowners have also been able to refinance their mortgages to save on monthly payments.