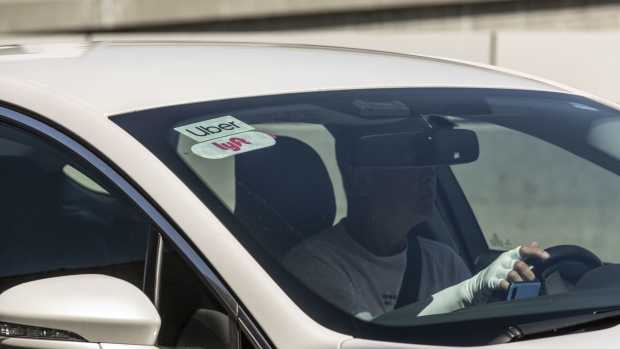 (Bloomberg) -- Uber Technologies Inc., Lyft Inc. and the Teamsters are trying to forge a legislative compromise over the coming weeks in Washington State -- the sort of deal with labor the companies have sought for years.

At a Wednesday labor committee hearing, state House lawmakers considered a bill that would give ride-hail drivers new perks such as paid sick leave, while also deeming them not to be employees with full traditional workplace rights.

“It has been a real joint effort between transportation network companies -- Uber and Lyft -- and the Teamsters union who represents the drivers,” the bill’s sponsor and committee’s vice chair, Democrat Liz Berry, said at the start of the hearing. “These groups have been negotiating for years and this bill is the culmination of the work.”

Representatives of the union and the companies at the hearing described the legislation as a promising work in progress that would still need further amending. Uber’s regional public policy manager, Allison Ford, called it “a starting point for what could become a statewide legislative solution” but that still “needs additional work before we can support it.”

Lyft’s regional government relations lead, Chris Thomas, said the company is “hopeful that we will support this bill when we complete our ongoing negotiations.”

The local Teamsters union vice president, Brenda Wiest, asked lawmakers to move the bill forward while the parties work to finalize it.

Lyft spokesperson CJ Macklin said the company is looking forward to working to improve the bill while also exploring other options such as putting a referendum on the state ballot.

For years, some gig economy executives and labor leaders have been trying to hammer out a compromise that would add some worker protections and meet both groups’ goals: expanding unions’ ranks and workers’ benefits, while not upending companies’ business models, which rest on the claim that workers are independent contractors rather than employees entitled to full labor protections.

Both sides have reasons to want to reach an agreement quickly. In 2020, gig work companies bankrolled a successful $200 million campaign to pass a ballot measure in California deeming their drivers contractors. The resounding defeat for labor leaders made some more interested in cutting deals, rather than risk repeating a similar loss elsewhere in the country. The same election day ushered in President Joe Biden, whose legislative proposals and agency appointees take a broader view of who’s an employee -- which has deepened the companies’ motivation to secure deals with Democrats and union leaders that could help deter the federal government from coming after them.

But efforts to pass state-level compromises have repeatedly come up short. Last March, a proposal to establish “sectoral bargaining” without making drivers employees was considered in Connecticut with the support of the state’s AFL-CIO, but then shelved after the national AFL-CIO privately expressed concerns about how it would affect the federation’s nationwide advocacy efforts, according to a lawmaker who sponsored it.

A few months later, a New York state senator scrapped plans to introduce a similar bill after influential lawmakers and labor groups expressed alarm over provisions in a draft version that they said would help the companies continue to deny workers their full rights as employees, including the chance to democratically choose a union for themselves. That senator, Diane Savino, as well as labor and industry officials in New York signaled they would try again to secure a deal this year.