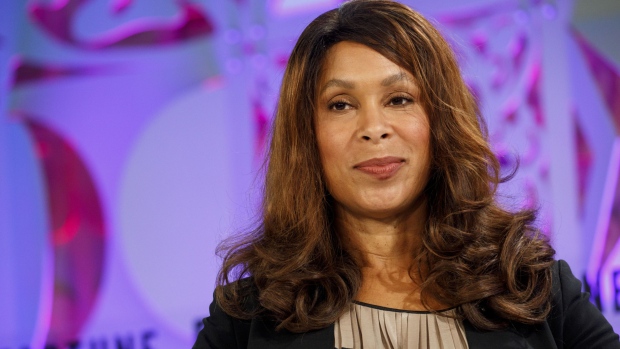 Channing Dungey, one of the top African American executives in Hollywood, will become chairman of Warner Bros. Television Group, putting her in charge of the prolific studio behind hits such as “The Big Bang Theory.”

Dungey, who is coming off a two-year stint at Netflix Inc., will start at Warner Bros. early next year, according to a statement Monday. The executive is succeeding Peter Roth, the long-running head of the studio who announced plans on Friday to step down. Dungey will report to Ann Sarnoff, chief executive officer of the studios and networks group at AT&T Inc.’s WarnerMedia Studios.

“This is a homecoming of sorts for Channing, who was a production executive at Warner Bros. early in her career, and we’re excited to have her rejoin the studio,” Sarnoff said in the statement.

Before joining Netflix, Dungey, 51, held a number of roles at Walt Disney Co.’s ABC and became the first African American to lead entertainment programming on network television. She also helped develop hit shows for the network, including series from producer Shonda Rhimes, who went to Netflix as well.

WarnerMedia has increasingly focused its resources on HBO Max, the company’s new streaming platform. But Warner Bros. Television has remained an independent studio, producing hit shows for a number of networks and services.

“She’s a great choice to lead the television group as it continues to grow its production operations for HBO Max, while also maintaining its standing as the industry’s leading independent supplier of programming to all outlets,” Sarnoff said.

At Netflix, meanwhile, her exit was the latest in a series of high-level changes at the company this year. The company elevated Ted Sarandos to co-chief executive officer in July and named a new head of global TV operations in September.