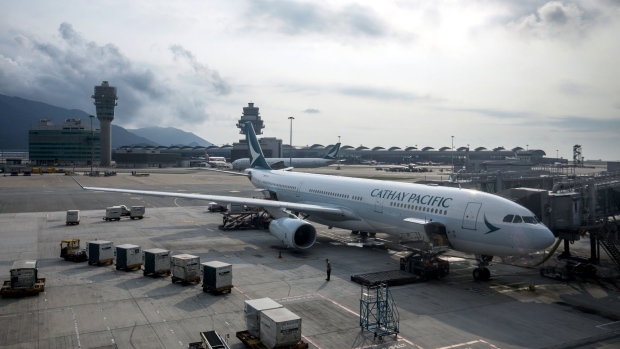 Airbus SE won a Paris lawsuit over its decision to halt payments to a Hong Kong consulting firm after an internal review suggested the contractor may have been connected to a larger bribery scandal at the planemaker.

A Paris appeals court on Tuesday dismissed Samwell International Holdings Ltd.’s suit seeking 1.5 million euros (US$1.8 million) in unpaid fees. The ruling backed a non-public decision last year by an arbitration court that had said there were “serious, precise and consistent presumptions” suggesting Airbus’s contracts with Samwell, which helped with helicopter sales, were “tainted with corruption” and should be invalidated.

The ruling opens a window into the behind-closed-doors arbitration disputes between Airbus and its intermediaries as it cut payments while facing global bribery investigations. Airbus agreed to a 3.6 billion-euro settlement in January to resolve allegations by French, American and British prosecutors that the company used middle men to win over officials in overseas markets with bribes.

Samwell complained that Airbus based its allegations on a due-diligence review of business partners, that the planemaker refused to provide. But the arbitration and appellate courts were unmoved, saying their decision wasn’t based on the investigation conducted by law firm Hughes Hubbard & Reed LLP.

In the Paris case, the judges said that the arbitration court was right to consider that the high fee of 5% in the 2011 contract hinted at corruption, in particular given that it was twice as much as the commission foreseen in a second contract. The judges also highlighted that Samwell failed to convince the arbitrator that any effective work had been done.

Overall, the Paris court backed the arbitrator’s determination, after examining five suspicious items, including allegations that Airbus was obliged to work with Samwell to make the sales.

A Toulouse court three years ago ordered the planemaker to pay US$1.8 million to another Hong Kong business after chiding Airbus for hiding “behind the existence of an internal audit it triggered in link with criminal investigations it faces worldwide for alleged corruption” to avoid paying its bills.