After a massive rush into the world’s biggest gold ETF, some investors trimmed their positions amid a mixed economic outlook.

State Street Corp.’s SPDR Gold Shares exchange-traded fund (GLD), suffered US$382 million in outflows on Friday, according to data compiled by Bloomberg. While that’s a drop in the bucket for the US$82 billion fund, it marked the largest withdrawal since March.

Gold fluctuated above US$2,000 an ounce as optimism about an economic rebound was tempered by concerns over the recovery path. President Donald Trump took executive action this weekend to extend economic aid. The precious metal surged to a record last week as investors weighed the approaching deadline for a U.S. stimulus deal, while ETFs backed by the metal matched the longest streak of inflows in more than a year.

“No fund gathers flows in perpetuity as investors inevitably take profits after a tremendous run of inflows in 2020,” said Todd Rosenbluth, head of ETF and mutual fund research at CFRA Research.

GLD has lured almost US$21 billion in cash this year -- the second-biggest intake in the US$4.6 trillion U.S. ETF market, according to data compiled by Bloomberg. Vanguard S&P 500 ETF (VOO) has posted the largest inflows so far in 2020. 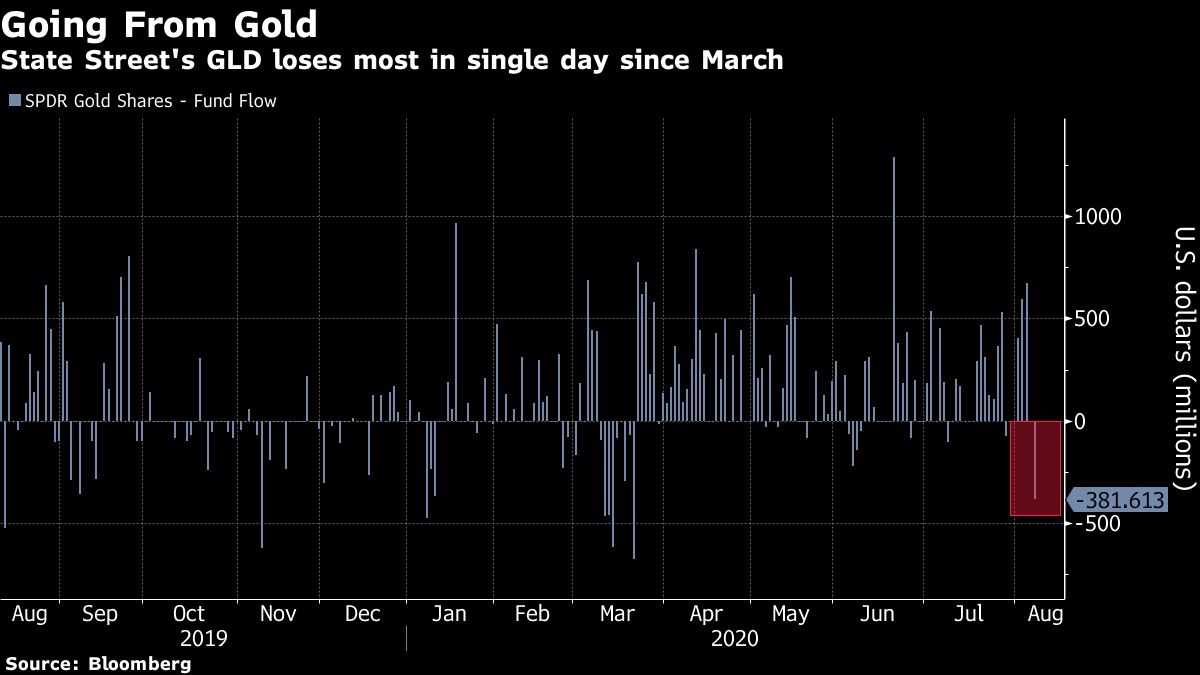