Distress for Apple Inc. (AAPL.O) continues to mount, and soft demand for new iPhones is only one of its troubles.

Apple will see the growth rate of its Services division decelerate come fiscal 2019, Macquarie analyst Benjamin Schachter said in a research note. The firm slashed Apple’s price target to US$188 per share from US$222 although it still rates the stock outperform.

App Store, Licensing, and Apple Care are the segment’s top three drivers, and Schachter anticipates these areas “will slow in the coming quarters as tough comps and other issues impact growth rates.” And unfortunately, the faster-growing business from Music, iCloud and Apple Pay aren’t large enough to offset the downturn, he said.

Following Tuesday’s decline, shares of Apple have rebounded 1.3 per cent in early trading.

Soft consumer demand for Apple’s latest devices still remains the biggest thorn in Apple’s side. And the downturn may now be spreading to other areas.

Lynx says weakness in iPhone sales is prompting a level of belt tightening. And this is “perhaps the first time in years that Apple is having to resort to a measure of pulling in of non-core development activity in response to weakness in core operations.” 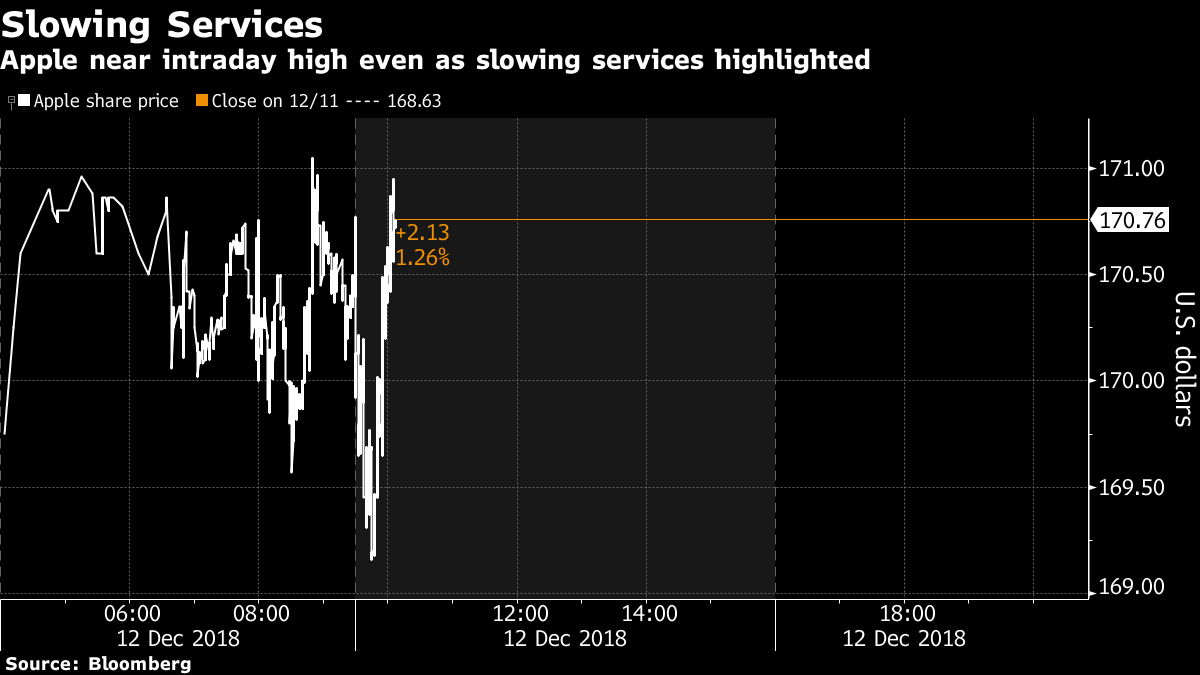