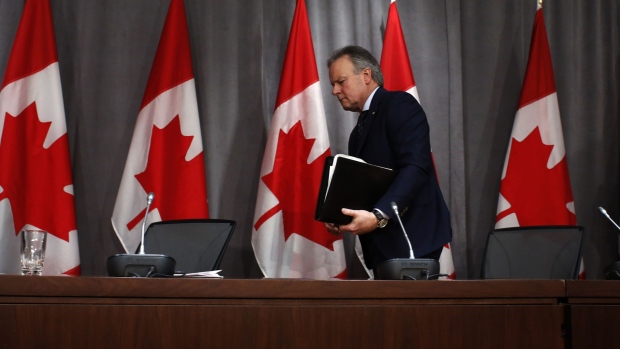 Stephen Poloz will likely keep the Bank of Canada’s powder dry in his final policy decision, leaving the central bank’s next steps in the hands of incoming governor Tiff Macklem.

Since the COVID-19 outbreak hobbled the world economy, the central bank has taken unprecedented measures to keep Canadian financial markets functioning. Over the past three months, policy makers cut the benchmark interest rate by 150 basis points to 0.25 per cent, matching a record low, and have nearly quadrupled the bank’s balance sheet to $464 billion.

But with Poloz handing off to new leadership, investors expect him to do little beyond reaffirming the Bank of Canada’s commitment to supporting the economy through the crisis in a decision due at 10 a.m. in Ottawa on Wednesday. Swaps trading suggests markets put the chances of a rate move at near zero.

Read more: As Poloz steps down, COVID-19 seen as a 'blip' on his legacy

The policy rate is already at what the bank describes as its effective lower bound, and Poloz has all but ruled out negative interest rates unless the situation deteriorates dramatically.

“I don’t expect any policy changes,” Derek Holt, an economist at Bank of Nova Scotia, said by phone from Toronto. “They’ll leave that to Macklem not only because of the transitional issue but they haven’t firmed up” a full set of forecasts, which won’t come until the bank’s next monetary policy report in July.

The bank’s balance sheet has grown to about 20 per cent of Canada’s gross domestic product, up from about five per cent pre-crisis. That’s still below levels seen at the U.S. Federal Reserve, Bank of Japan and the European Central Bank, which have been ramping up balance sheets for more than a decade. But the monetary expansion in Canada has been bigger as a share of its economy than just about anywhere else.

The bank refrained from publishing forecasts during its April MPR because of uncertainty created by the constantly evolving pandemic situation. Instead, it outlined two scenarios showing the economy could shrink between 15 per cent and 30 per cent by the second quarter. Last week’s release of first-quarter GDP data suggests Canada could be able to avoid the less-dire scenario.

“While activity data have been very weak in an absolute sense, we expect policy makers to describe the economy as evolving in line with the bank’s less downbeat scenario,” Goldman Sachs Group Inc. economist Daan Struyven wrote Sunday in a report to clients. 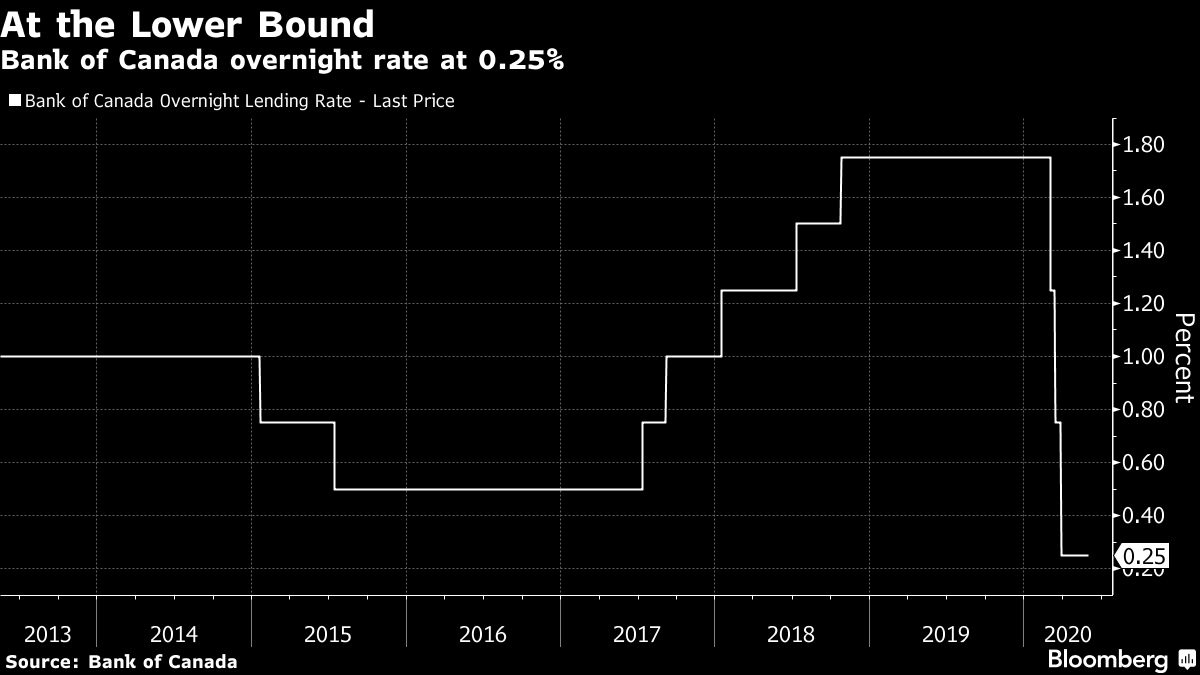 “The policy statement will acknowledge the severe impact of lockdowns on the economy, and emphasize the roles both fiscal and monetary policy will play in promoting faster recovery.”

Absent any new actions, the Bank of Canada will likely use this transitional meeting to outline the liquidity measures it’s taken so far and potentially offer some forward guidance, Holt said.

Policy makers could also offer more insight into the progress of the bank’s large-scale asset purchase program during a progress-report speech on Thursday.

Since the start of this year, the bank has bought federal and provincial government bonds as well as corporate debt as part of its first-ever foray into quantitative easing -- though it prefers the term LSAP since the main goal is to support credit market functioning, not to increase the money supply and encourage lending.

The bank has stressed its ability to augment the size and scope of the program but economists are eager to hear more about the impact of the balance-sheet expansion and details on when and how it will be scaled back.

Thursday’s economic progress report, to delivered via video conference to the Chamber of Commerce in Sudbury, Ontario by Deputy Governor Toni Gravelle at 2 p.m., will be be a chance to get more insight on the bank’s plans under Macklem.

“His insights into the plumbing of the financial system, progress toward calming financial markets, ongoing risks and balance sheet dynamics could be helpful,” Holt wrote in a report to clients.