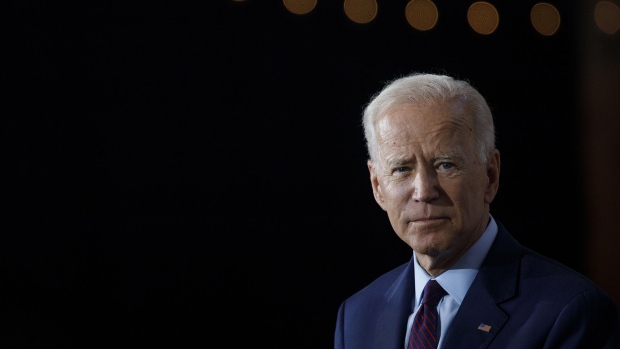 Joe Biden launched his plan on Thursday to revive the economy from the coronavirus-related recession with a promise to “build back better” than what existed before the crisis.

Offering a contrast with President Donald Trump’s insistence that the economy is bouncing back, the Democratic nominee framed his economic agenda for the general election. The economy is the one policy area on which he lags Trump in public opinion polls.

One part of the plan is intended to foster manufacturing and encourage innovation, adopting some ideas from his progressive primary rivals but avoiding the big-ticket proposals like the Green New Deal.

“The challenges faced today are among the biggest in our history,” he said at a metalworks factory in Dunmore, Pennsylvania, a few miles away from his childhood home in Scranton, a place that’s been synonymous with the blue-collar workers who helped Trump win the state in 2016.

“I have no illusion how tough the road ahead is going to be for our country,” Biden added.

But he said he’s still “an optimist” because the American people are up to those challenges if they follow his lead.

“I see a different America than Trump. One that despite all our flaws and shortcomings and failures is still, after more than two centuries, dedicated to equality, liberty and human decency,” he said.

Biden also said the idea that U.S. companies only bear responsibility to their shareholders is “an absolute farce” because corporations have a duty to workers and their country.

“It’s time corporate America pay their fair share of taxes,” Biden said, reiterating his plan to raise the current corporate tax rate back to the 28 per cent it was during the Obama administration from the current 21 per cent.

The former vice president’s economic plan is divided into four areas, the first of which he addressed in some detail on Thursday: a push to buy American and create manufacturing jobs, costing at least $700 billion; building infrastructure and clean energy; advancing racial equity; and modernizing the “caring” economy such as child-care and elder-care workers and domestic aides.

He said he would roll out his plans to rebuild U.S. infrastructure and emphasize clean energy next week.

Biden covered a wide range of issues, from what he called Trump’s lack of empathy for people suffering from the current crises to the removal of Confederate monuments. He took from his standard stump speech his admiration for the middle-class and unions, which he says “built this country.”

On Thursday, he proposed US$400 billion in additional federal purchases of products made by American workers over the course of his first term -- based on a proposal that his primary opponent Senator Elizabeth Warren offered -- as well as US$300 billion for federally funded research and development. In all, the Biden campaign estimates that its proposals on manufacturing and buying American will create 5 million jobs.

He didn’t offer a plan to pay for these initiatives.

“When the federal government uses taxpayers’ money we should use it to buy American products and support American jobs,” he said of his buy American plan.

Steve Moore, a conservative economist and informal adviser to Trump, said the plan represents “a radical plan of wealth redistribution, not wealth creation.”

“I believe if this plan were implemented all of the economic gains from the Trump era would be erased and we would be thrust into a second great depression that would hurt the poor and minorities most,” he said in a statement.

There was small progress toward recovery in the jobs numbers released Thursday. Applications for unemployment benefits in the U.S. declined last week by more than projected, easing concerns of a renewed downturn in the labor market after several large states reported an increase in coronavirus cases.

Trump has made buy-American policies and protecting the U.S. steel and aluminum industry a centerpiece of his administration but some domestic manufacturers have complained his actions didn’t go far enough.