The bargain bonanza that is Black Friday has begun. Only there are fewer special offers this year, and those that are being advertised aren’t quite so eye-catching. You can blame the global supply chain meltdown for the dearth of doorbusters.

Even when toys and TVs start flowing through trade arteries again, retailers should maintain a more disciplined approach to discounting. This won’t be easy, but stores stand to gain a lot if they bin the bargains in Black Fridays to come.

This year, many Americans are still flush with lockdown savings, while wage gains are also boosting household spending power. Combine that with missing out on holiday festivities in 2020, and that’s made for buoyant consumer conditions — call it revenge Christmas if you like.

Given the higher costs that retailers are facing, from spiraling freight rates to air-shipping goods from Asia, they had little choice but to cut down on promotions this year in order to protect profit margins. In any case, why risk running out of stock when you don’t even need to stimulate demand? Walmart Inc. pointed to lower markdowns during the crucial back-to-school and Halloween seasons. Victoria’s Secret & Co., T.J. Maxx owner TJX Cos Inc. and Macy’s  Inc. also had to clear less stock. Adidas AG said it was selling more sneakers at full price this year compared with in 2020.

Meanwhile, retailers such as Target Corp. and Amazon.com Inc. started their offers in October to capitalize on early consumer demand and having enough supply. That may have contributed to U.S. retail sales rising by the most in seven months in October. But that early holiday spending may take some heat out of the traditional late November frenzy. 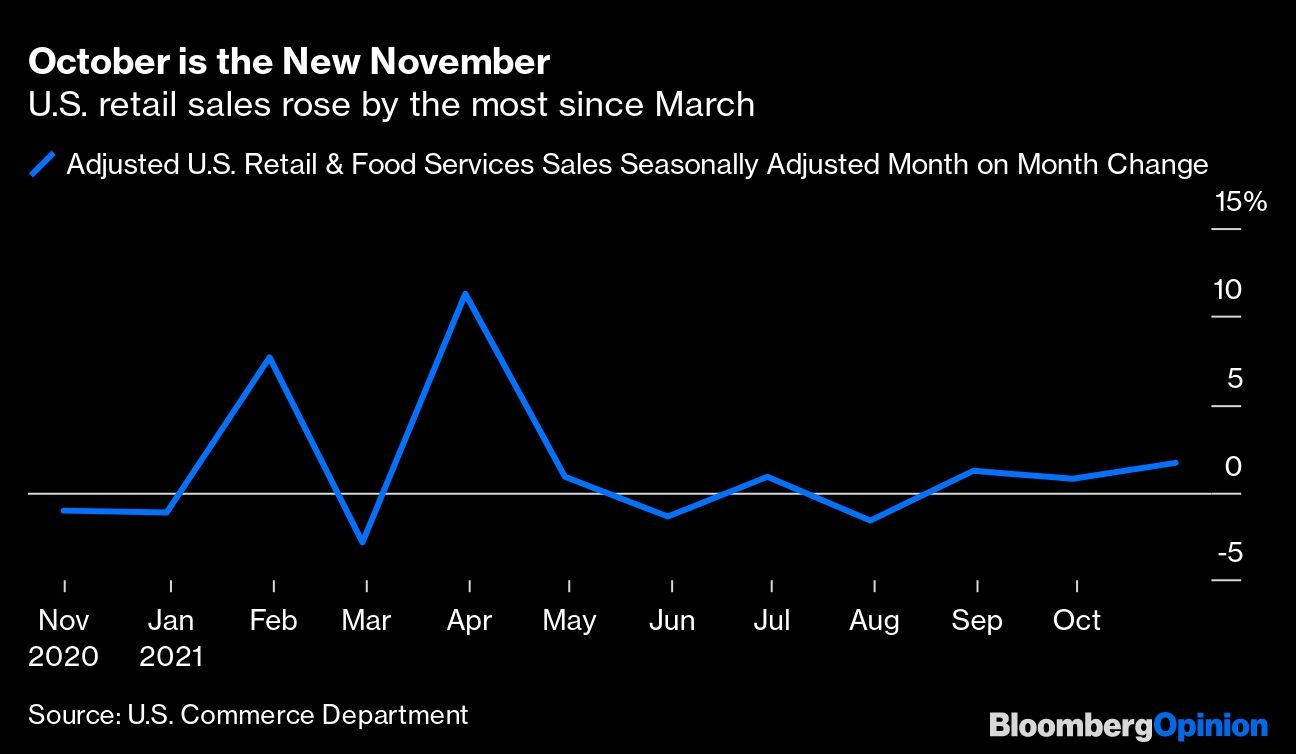 Stacey Widlitz of SW Retail Advisors, who tracks promotions on both sides of the Atlantic, says that across the U.S., deals are similar to or lower than in 2020, when they had already been reined in due to Covid. There are some categories where special offers are heating up — such as beauty and toys — but some items are already in short supply. 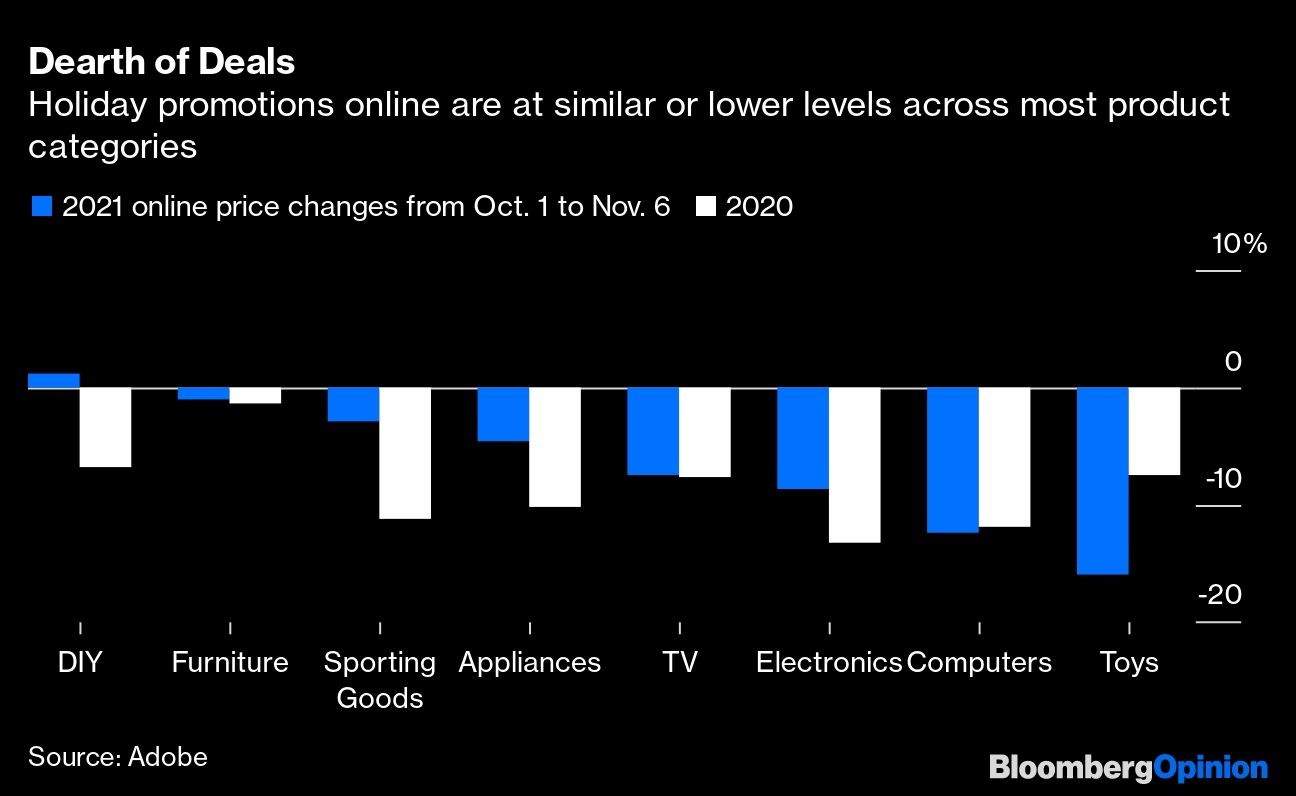 In the e-commerce market, meanwhile, Adobe found that discounts were weaker in electronics, sporting goods and electrical appliances. They were similar in TVs and furniture, while prices were actually rising in DIY products, compared with reductions last year.

Even though signs suggest supply-chain problems have peaked, the scars of stock shortages along with rising inflation mean consumers now expect to pay more for what they want. This creates an opportunity for retailers to reset their profitability, by keeping bargains at 2021 levels, or even lower, in future years.

There are challenges to this strategy. For starters, the pent-up demand that characterized 2021 is likely to fade. Splashing out on everything from new cushions to coats, as well as meals out and travel, is taking its toll on those accumulated pandemic savings. The proportion of Americans who plan to travel over the Thanksgiving holiday has more than doubled compared with 2020, according to Destination Analysts, and is even ahead of 2019 levels. Meanwhile, 2022 will lack the extra impetus from those stimulus payments. 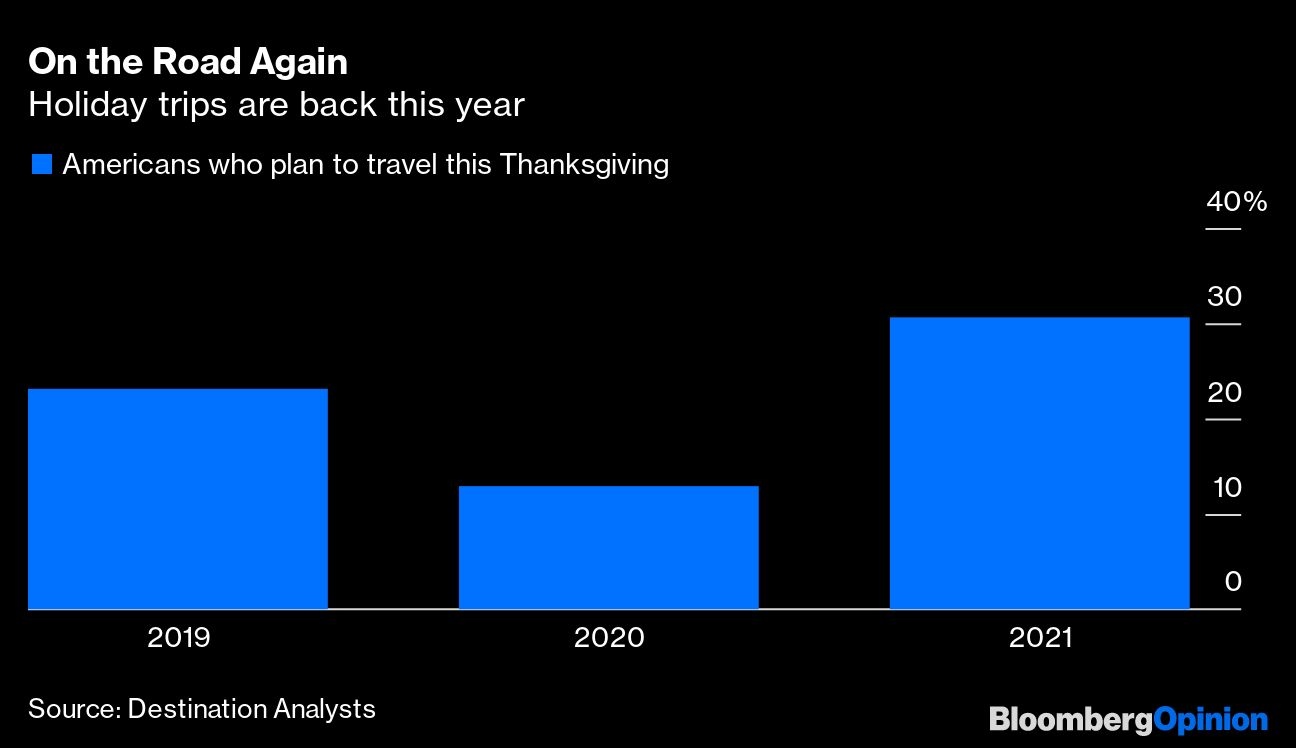 At the same time, inflation is eating into household spending power. If Americans are having to pay more for the things they need, such as food and fuel, there will be less left over for the things they want. Add in the prospect of higher borrowing costs, and it’s no wonder that U.S. consumer sentiment has dropped to a 10-year low. 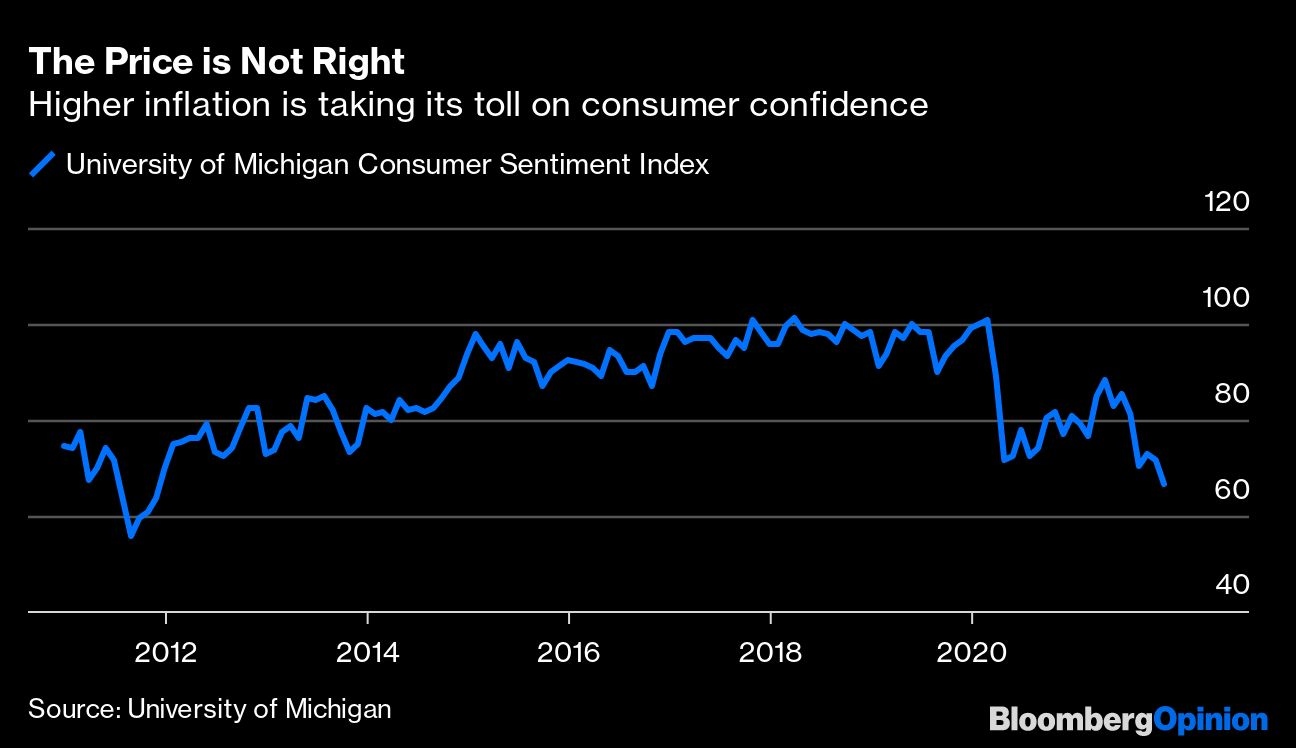 For retailers, this all makes judging demand into 2022 and beyond perilous. While it’s fair to say next year’s holiday season likely won’t be as strong, the outlook from here is about as clear as mud.

One of the reasons that discounts are so scarce now is because the items currently in shops were ordered earlier in the year, amid uncertainty about Covid-19 cases and before the true extent of consumer strength emerged. Companies shouldn’t be lulled into a false sense of security by the current strength in spending, and order in bigger volumes for next year’s holiday season.

At the same time, chains must strike the right balance between protecting profits and making stores fun. Unlike in Europe, where there is no reason for Black Friday to exist, the shopping holiday is an American tradition. Many customers still expect some razzamatazz, and that means door-busters.

But everything in moderation. This year’s extraordinary combination of soaring demand and constrained supply has given stores a golden ticket to end the vicious retail cycle of over-ordering and then deep-discounting to clear unwanted stock. They’d be wise to use it.