Adjusted per-share earnings at CIBC, the first Canadian bank to report quarterly results, totaled $2.97, the company said in a statement Wednesday. That missed the average estimate of 15 analysts in a Bloomberg survey by two cents.

The Toronto-based lender posted a 2.4 per cent earnings decline in its flagship Canadian consumer-banking division, while domestic mortgages and net interest income across the bank fell and provisions for loan losses increased. That countered earnings gains in capital markets, wealth management and U.S. commercial banking, where CIBC has been pushing to diversify beyond Canada.

“Overall, we have a mildly negative to neutral view” on the results, RBC Capital Markets analyst Darko Mihelic said in a note to clients. “Adjusted EPS was a bit below our forecast on lower-than-expected earnings” in Canadian personal and commercial banking. 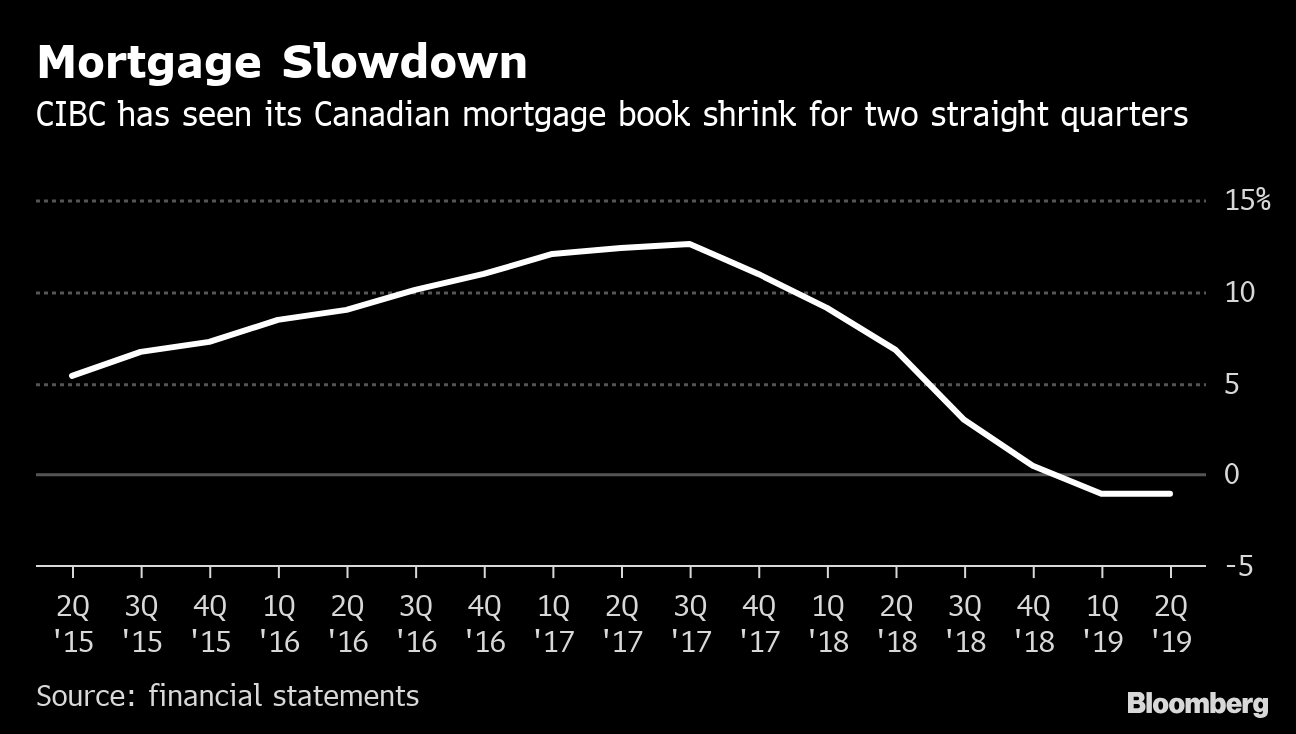 CIBC Chief Executive Officer Victor Dodig told analysts and investors on a conference call Wednesday that he expects earnings per share this year to be “relatively flat” given “market conditions” and increased spending to modernize the bank.

“We will continue investing in our business for the long term despite short-term pressure on revenues,” Dodig said. “Longer term, the execution of our strategy will allow us to deliver on all of our financial targets over time, including our medium-term EPS growth target of 5 to 10 per cent.”

CIBC executive Christina Kramer, who oversees Canadian personal and small business banking, said on the call that a market pullback in domestic mortgages turned out to be more pronounced and prolonged than previously expected, and heightened competition has added to the challenges. If those conditions persist, Kramer said, it may take CIBC longer to return to matching the industry’s growth rate.