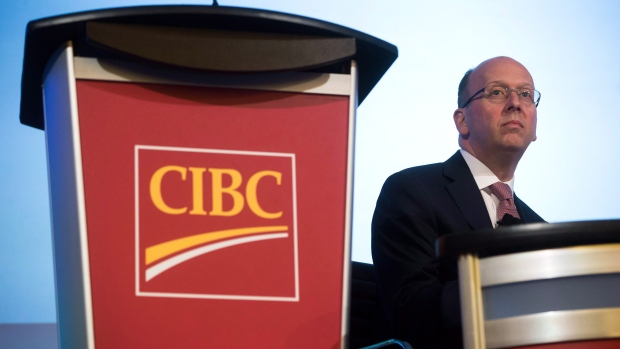 MONTREAL -- The chief executive of CIBC says the bank is starting to "reorient" its Canadian mortgage strategy after having too large a focus on two large markets and not enough on the rest of the country.

Victor Dodig says that the Toronto-based lender had veered a little too far in slowing mortgage growth and the bank had "fallen short" for investors.

He says that after the adjustments in the domestic mortgage market, CIBC is now "starting to see green shoots."

Dodig's comments came during a discussion at a CIBC investment conference in Montreal today.

CIBC's mortgage balances have stayed relatively flat at $201 billion in its latest quarter, down slightly from $203 billion during the same period a year earlier.