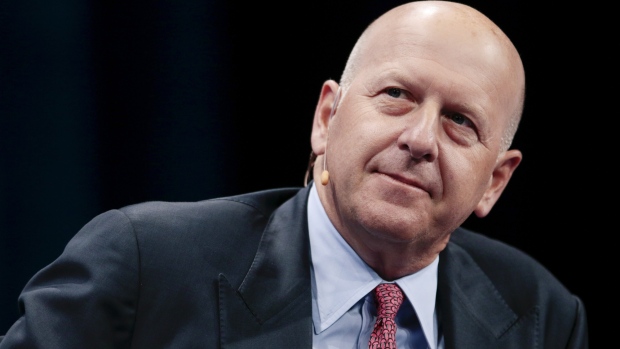 No one makes it to the top of a major financial company without a keen understanding of risk. So we asked leaders of investment banks, asset managers, insurers, and private equity firms for their assessments of the perils that await in 2020. As they see it, there’s plenty to worry about—but there are also ways to be ready.

“I don’t think the biggest risks are related to the economy. There is a lot of uncertainty around the political landscape, which can cause businesses to hesitate on investment decisions. I wouldn’t say we’re going to talk ourselves into a recession, but uncertainty around the political landscape isn’t helping the economy or markets.

“As we look out over the next several years, monetary policy will continue to be a big focus, and I believe we’ll look back and have lessons learned around the implications of negative rates.

“We respond by staying focused on our clients and how we can help them navigate the challenges they face. And as a firm, we have a long-term strategy in place that we’re implementing, which is focused on harnessing growth opportunities in our existing businesses, building out new businesses such as consumer, and raising efficiency. Having said that, we have a 150-year history of adapting to dynamic operating environments.”

“I am keeping an eye on the potential for a longer-term deterioration in the bilateral relationship between the U.S. and China. If the structural differences separating our two economic and political systems cannot be bridged over time, the ensuing escalation could lead to restrictions on investment and financial flows between our countries. Artificial restrictions on things like access to capital markets, cross-border investment, and asset ownership could slow economic growth and cause significant liquidity issues to emerge, with unpredictable and potentially deleterious market outcomes.

“We remain focused on what we know we can control. This means investing for the long term, remaining disciplined and balanced, working with great partners, and deriving all we can from our global platform to help drive value creation regardless of periodic market disturbances or what’s going on politically.”

“Economies around the world are slowing after a period of growth but are still showing resilience—particularly in the U.S. The global trend toward lower and even negative interest rates threatens to further damage growth and leave countries in a challenging position during the next downturn. But the biggest near-term risk remains geopolitical. Any number of seen or unforeseen issues could shake investor confidence and have an immediate negative impact. As I outline in my new book, What It Takes, Blackstone has built a culture that incorporates these downside risks into our decision-making, and it is important that governments, institutional investors, and companies alike do the same.”

“Negative bond yields are now of systemic concern. With central bank rates at their lowest levels and U.S. Treasuries at their richest valuations in 100 years, we appear to be close to bubble territory, but we don’t know how or when this bubble will burst. Central banks are under great pressure to support risk assets and risk sentiment, regardless of potential moral hazard. The eventual reversal of the continued downward trend in rates and yields could have highly disruptive ramifications—this is one reason that central banks including the U.S. Federal Reserve and the [European Central Bank] have backtracked on hiking rates several times since the GFC [global financial crisis].

“Another area of concern is liquidity. The frictionless flow of capital around the world is subject to increasing barriers. Examples such as the U.S.-China trade war and the EU-Swiss spat over the trading of listed securities show that political disagreements are spilling over into capital and trade restrictions. As capital becomes less free-flowing and confined to smaller pools, it will weaken the ability of the financial system to respond dynamically to unforeseen liquidity events, such as an unexpected counterparty failure.

“This is the time to be an active manager who can dynamically monitor and adjust for potential systemic risks. We meet regularly to review our macro positioning and are focusing on quality in our stock and credit selection, leaning on our strength in fundamental, bottom- up corporate research. We are diversifying among styles, sectors, and regions, and are drawing on our ability to trade in different jurisdictions and time zones and ensuring the maturity of investment and borrowings are appropriately matched.”

“Any move—whether it be election results or other political actions—to cripple free-market capitalism and private property rights is the biggest risk. As an investor, the solution, as always, is to seek the highest-quality businesses and the lowest valuations.”

“I see a high number of risks in 2020. For example: the trade conflict between the U.S. and China, the Middle East conflict, Brexit, U.S. elections, or more generally a deepening of current economic weakness around the globe. However, it’s not these risks per se that worry me the most. Such downside risks are known challenges for which one can prepare. What worries me more is the unprecedented level of uncertainty associated with these risks. For example, I worry about the potential adverse consequences of a reversal of globalization, the side effects of the extraordinarily accommodative monetary policy of the last 10 years on financial and monetary stability, or the potential systemic consequences of cyberattacks. As a bank, we have to be aware and prepared for such risks in highly uncertain times. This is why we feel comfortable with our regionally and divisionally diversified businesses. It allows us to manage our risk exposure prudently and our financial resources responsibly.”

“One: Continued fragmentation of the neoliberal world order. For most of the postwar era, the world has benefited enormously from freer trade and less impeded capital flows. The winners clearly outnumbered the losers. It must be hoped that growing trade frictions do not end up shrinking the pie, making redistribution toward the losers of globalization more difficult, in turn further radicalizing politics.

“Two: Monetary policy challenges. Falling and low inflation rates over the past 40 years were, among other reasons, the result of central banking having become less influenced by politics and globalization reducing the bargaining power of labor. In the face of persistently low inflation and central banks failing to meet their inflation target, there’s a risk that central bankers are blamed from all sides of the political spectrum—laying the ground for a repoliticization of monetary policy. Besides this, the challenge of how to exit QE [quantitative easing] in the context of a slowing global economy is becoming ever more daunting.

“As a consequence of these significant risks and uncertainties, we are taking a very cost-conscious approach to 2020 and beyond.”