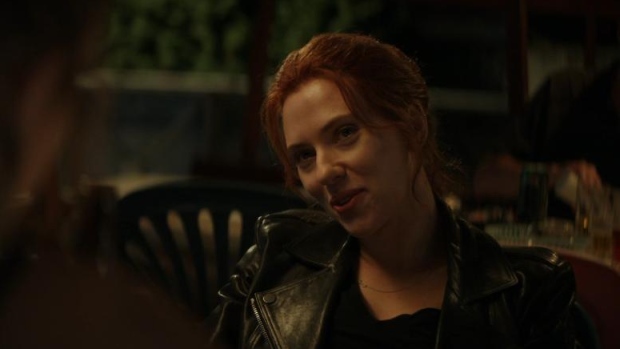 Walt Disney Co. postponed the release of “Black Widow,” the highly anticipated Marvel movie starring Scarlett Johansson, for another six months, in the latest setback for film studios and theaters.

The movie, originally scheduled to hit theaters in the U.S. on May 1, had already been delayed once, until Nov. 6. It’s now set to debut on May 7 next year, Disney said Wednesday. “West Side Story,” director Steven Spielberg’s take on the classic Broadway musical, was pushed back an entire year, to Dec. 10, 2021.

Though most theaters in the U.S. are open, studios still face a daunting path to profitability for their high-profile pictures. Because of COVID-19, the largest movie markets in the country, Los Angeles and New York City, are still closed, and sales at venues that are open have been capped to meet social-distancing requirements. A theater trade group also said last week many consumers still think that their local cinema is closed.

The delay also prolongs the pain for theater chains, which need major pictures to draw fans back. Just one big-budget film has opened in recent months -- Warner Bros.’ “Tenet.” The US$200 million film has generated a little more than US$36 million in domestic ticket sales in four weeks of release, showing that the public is reluctant to go out, and marked one the weakest results for director Christopher Nolan. His last movie, “Dunkirk,” sold almost US$200 million in tickets domestically in 2017.

Against that backdrop, the rescheduling of “Black Widow” was widely anticipated across Hollywood. Disney’s move means there will be no new major Hollywood films in cinemas until Nov. 20, when Metro-Goldwyn-Mayer’s new James Bond movie “No Time to Die” is scheduled to debut. Warner Bros., owned by AT&T Inc., still plans to release two major films in December, the sci-fi story “Dune” and the DC Comics installment “Wonder Woman 1984,” though it’s possible those dates could slip because of the virus.

The “Black Widow” delay shows Disney continues to see theaters as a crucial outlet for new releases. Earlier this month, the studio tried an online debut for “Mulan,” a live-action remake of a 1998 animated film, offering it to customers of the Disney+ streaming service for an additional US$30. It has taken in US$57 million in ticket sales in international theatrical markets.

Earlier this year, Disney Chief Executive Officer Bob Chapek called the “Mulan” release an experiment, helping the studio assess how customers want to watch new movies. Disney hasn’t said how many people bought “Mulan,” but analysts suggested it would need about 10 million downloads to break even given its US$300 million production and marketing cost.

Disney also announced rescheduling plans for other movies, including moving “Death on the Nile” to Dec. 18 of this year from Oct. 23 and “Shang-Chi and the Legend of the Ten Rings,” moving to July 9, 2021 from May 7.

Disney still plans to release “Soul,” the latest animated film from Pixar, on Nov. 20 as previously scheduled. That could allow the company to release the picture early next year on Disney+. The studio also kept “Nomadland” on the calendar for Dec. 4. The drama starring Frances McDormand has captured festival prizes and is a leading Oscar contender.