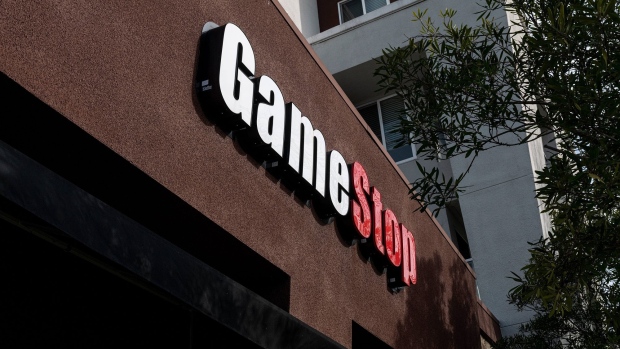 GameStop Corp. shares jumped after the retailer said Chief Executive Officer George Sherman will leave before the end of July, ending a tenure marked by a struggle to reverse declining sales and missed performance targets.

The company’s board is looking for a replacement to “accelerate the next phase of the company’s transformation,” Grapevine, Texas-based GameStop said in a statement Monday. Sherman has held the position since April 2019.

The shares rose as much as 11 per cent in New York trading.

The video-game retail chain has become a favorite of Reddit-reading day traders this year, sending the stock soaring several-fold. But it has struggled to pull out of a sales slump as the industry makes more games available for download and customers increasingly order gear online. GameStop missed both sales and profit estimates in its most recently reported quarter, despite getting a bump from new consoles.

Activist investor Ryan Cohen, recently named the company’s next chairman, is spearheading a turnaround at the retailer that will prioritize online commerce over physical retail. As part of Cohen’s overhaul, the company’s brought in new executives, including officers in charge of growth an technology.

“GameStop appreciates the valuable leadership that George has provided throughout his tenure,” Cohen said in the statement. “He took many decisive steps to stabilize the business during challenging times. The company is much stronger today than when he joined.”

Sherman earlier this month forfeited about 587,000 shares after failing to meet performance targets. He has also disposed of almost US$12 million in stock to pay compensation-related taxes, according to a regulatory filing Friday.

The company’s shares have soared 721 per cent this year through Friday and are up 3,070 per cent in the last 12 months. The company is capitalizing on the gains by selling shares and said earlier this month that it may sell as much US$1 billion in additional stock. The cash from these sales could help accelerate its turnaround plans.