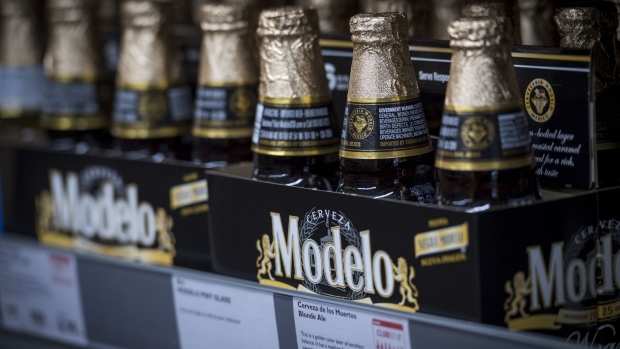 Beer sales, already elevated in 2020 as consumers drank at home, will climb even further this year, says the maker of Modelo and Corona.

Constellation Brands Inc. says net sales for beer will grow 7 per cent to 9 per cent this fiscal year. That segment includes names like Modelo Especial, which became the third best-selling beer in the U.S. last year, as well as new products like Corona Hard Seltzer, whose unfortunate name connection to the coronavirus isn’t hurting sales. In the year that just ended, the company’s net beer sales were up 8 per cent.

The growth in beer demand comes even as so called on-premise drinking venues like bars, restaurants and events saw demand halved by the coronavirus, said Constellation, which on Thursday reported fourth-quarter sales that beat estimates. But those drops were more than offset by beer demand at home.

Meanwhile, wine and spirits sales are expected to see a net sales decline of 22 per cent to 24 per cent this year. Constellation has been divesting brands in this category, including selling some of its wines to E. & J. Gallo Winery in early 2021.