Moderna Inc. chief executive officer Stephane Bancel offloaded another US$1.74 million of shares last week while the world awaits for the biotech company to be the second company to file its vaccine for emergency use in the U.S.

Stock in the Cambridge, Massachusetts based company climbed as much as 5 per cent to US$102.48 before the bell on Monday. The sale comes after Pfizer Inc. and BioNTech SE became the first companies to complete a submission for a vaccine to U.S. regulators on Friday.

Bancel sold 9,000 directly owned shares and 10,000 indirectly owned shares at an average price of US$91.73 starting on Nov. 18, according to the filing. Bancel and other freshly minted billionaires gained over US$400 million last Monday on the heels of encouraging trial news. The recent rally lifted Bancel’s net worth to US$3.1 billion, based mainly on his 6 per cent stake in the business, according to the Bloomberg Billionaires Index.

Bancel and other executives at Moderna have been steadily selling off their stakes throughout the pandemic, mostly through 10b5-1 trading plans. These plans let insiders sell shares at set times and prices without facing insider trading accusations and have faced increasing scrutiny as of late. Last week, Dow Jones reported the outgoing Securities and Exchange Commission Chairman Jay Clayton called for a “cooling-off period” on such trades. Earlier this month, Pfizer executives used such a plan to sell shares. 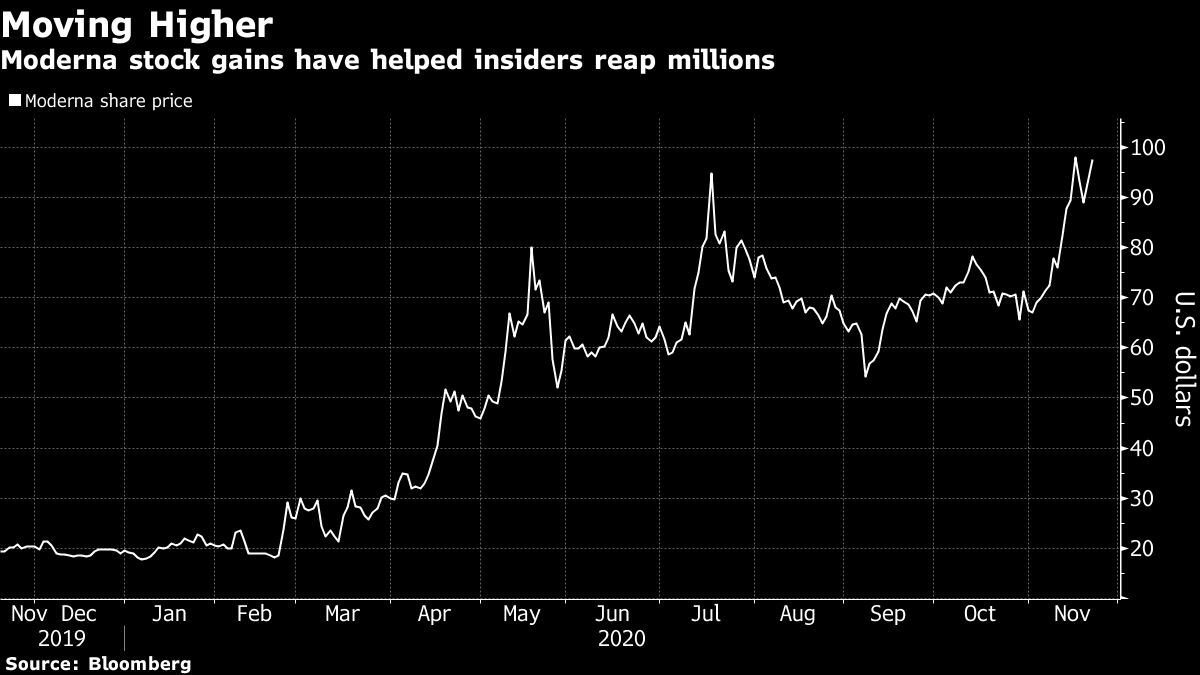