Intensifying trade conflicts have sent global growth momentum tumbling toward lows last seen during the financial crisis, and governments are not doing enough to prevent long-term damage, the OECD said in its latest outlook.

The Paris-based organization cut almost all economic forecasts it made just four months ago, as protectionist policies take an increasing toll on confidence and investment, and risks continue to mount on financial markets. It sees world growth at a mere 2.9 per cent this year. 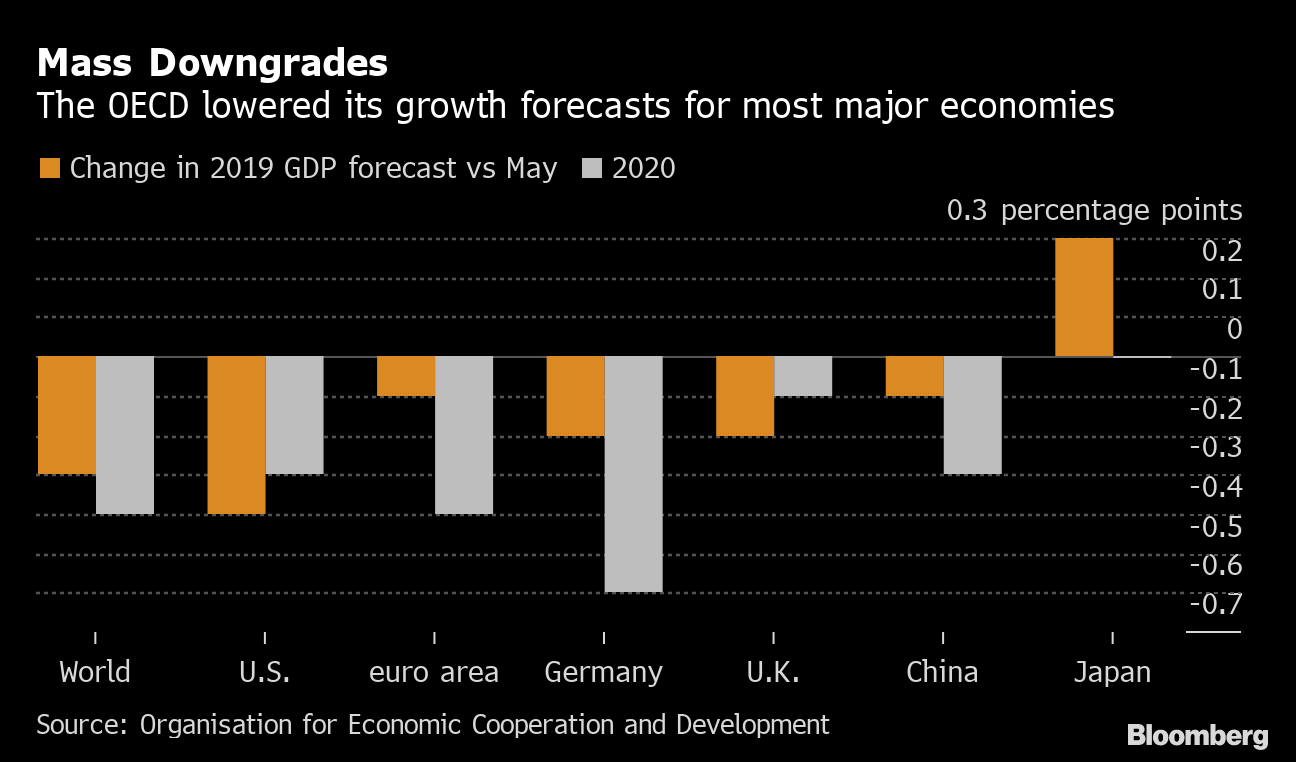 “The global outlook has become increasingly fragile and uncertain,” the OECD said. “Escalating trade policy tensions are taking an increasing toll on confidence and investment.”

The OECD is the latest institution sounding the alarm over the state of the global economy. In the past two week, the Federal Reserve, the European Central Bank, the People’s Bank of China and numerous of their peers have eased policy to shore up demand, urging governments at the same time that fiscal stimulus will be needed to ensure their efforts won’t be futile.

Manufacturing has born the brunt of the economic crisis brought about by a tit-for-tat trade war between the U.S. and China. The services sector has proved unusually resilient to the malaise so far, but the OECD warned that “persistent weakness” in industry will weigh on the labor market, household incomes and spending.

Additional risks stem from a sharper slowdown in China and a no-deal Brexit that could push the U.K. into a recession and would considerably reduce growth in Europe, according to the report. 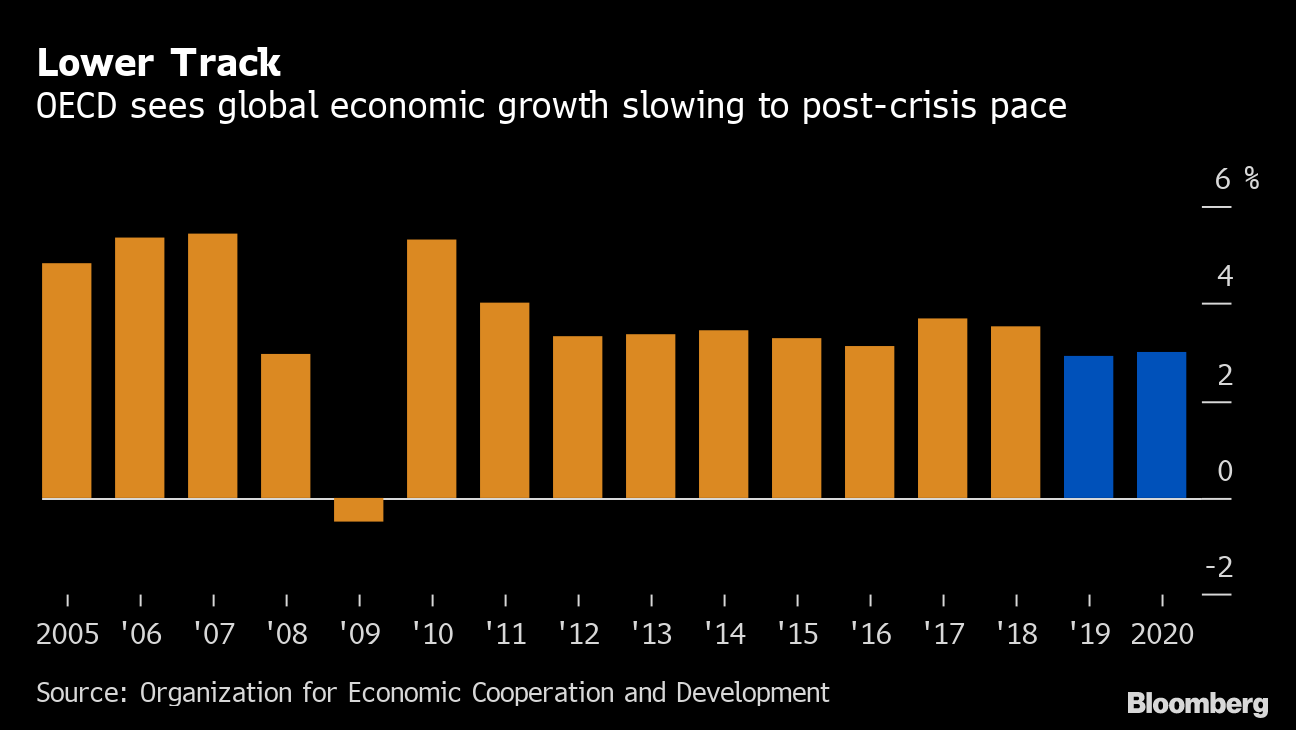 “Trump’s brinkmanship on trade with China has left consumers, businesses and financial markets on edge. Not knowing whether the next Presidential tweet will ease or exacerbate tensions makes for an environment of extreme uncertainty, pushing businesses to turn cautious on investment and hiring, and households to swing from spending to saving.”

“Collective effort is urgent to halt the build-up of trade-distorting tariffs and subsidies,” the OECD said. “Monetary policy should remain highly accommodative in the advanced economies, but the effectiveness of accommodative monetary policy could be enhanced if accompanied by stronger fiscal and structural policy support.”

It’s a point central bankers have made for months, and their requests are getting more intense. Following the ECB’s latest monetary stimulus push, President Mario Draghi said it’s “high time” for fiscal policy to take charge, signaling there’s not much more his institution can do.

“In the euro area, using fiscal and structural policies alongside monetary policy would be more effective for growth and create fewer financial distortions than continuing to rely mainly on monetary policy,” the OECD said.