Gas prices should continue to drop as we enter the shoulder season before winter: Roger McKnight

Oil gained a third week as investors focused on the ongoing production shut-ins in the U.S. Gulf of Mexico as more refineries have resumed operations nearly two weeks after Hurricane Ida tore through the region.

Futures in New York posted its longest set of weekly gains since July after ending Friday 2.3 per cent higher. More than a million barrels a day of U.S. offshore crude production remains shut in after Ida swept through the area nearly two weeks ago. Meanwhile, more Louisiana refineries are resuming operations, raising demand for crude oil. The slow return of offshore production led to Exxon Mobil Corp. to secure approval for a second load of crude from the Department of Energy’s Strategic Reserves for use at Baton Rouge plant.

“The market is now laser focused on the supply situation in the U.S.,” said Andrew Lebow, senior partner at Commodity Research Group. “The losses from the extended outage in the Gulf are being felt more.”

Even after China made an unprecedented move to intervene in oil markets this week, crude in New York has traded in a US$4 band since late August. The market has been pulled in different directions with the majority of Gulf of Mexico production still shut from Hurricane Ida and falling American stockpiles acting as bullish triggers, countered by the ever-present pandemic. 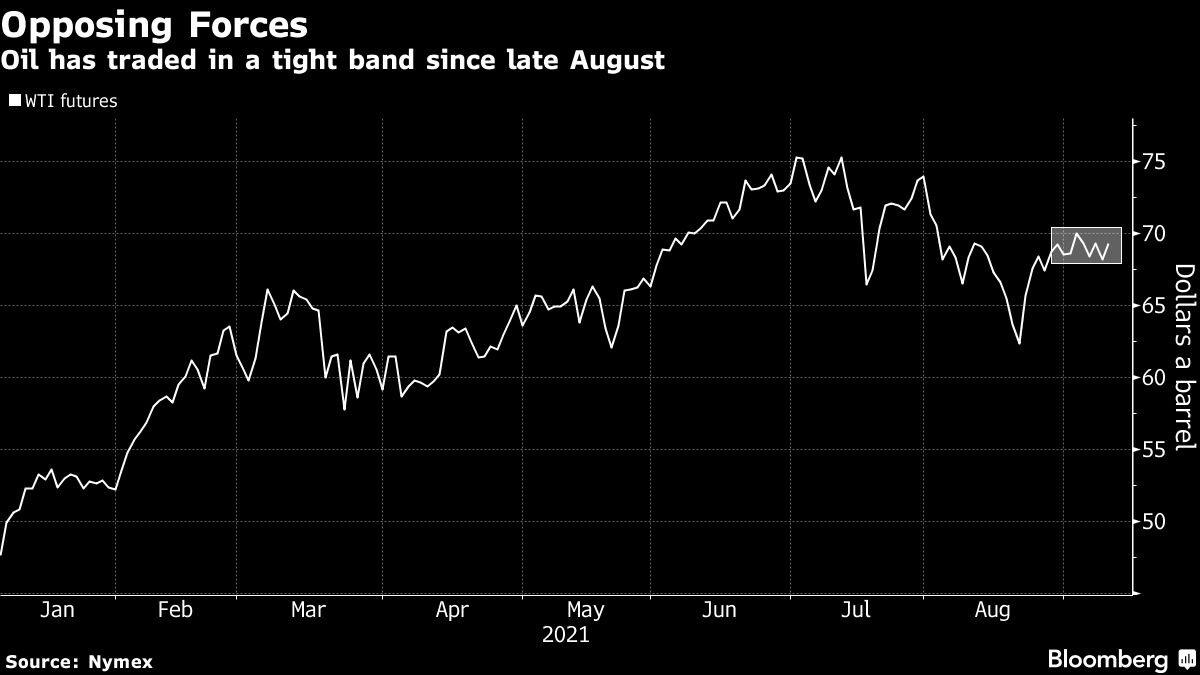 Marathon Petroleum’s 578,000-barrel-a-day refinery in Garyville, Louisiana, is back in operation for the first time since before Ida slammed into the coast. Exxon Mobil Corp. secured another 1.5 million barrels for the Strategic Petroleum Reserve for its Baton Rouge refinery, which was operating normally as of Thursday.

China’s bold but vague declaration to release oil reserves from its massive strategic stockpiles has some traders questioning the lasting impact of such a move by the world’s biggest crude importer.

The National Food and Strategic Reserves Administration also said this week that a “normalized” rotation of crude oil in the state stockpiles is “an important way for the reserves to play its role in balancing the market,” indicating that it may continue to release barrels. It added that putting reserves on the market through open auctions “will better stabilize domestic market supply and demand.”

“China’s SPR is very healthy because they bought so much last year when prices were significantly lower,” said Lebow. “They may wait to replenish it.”