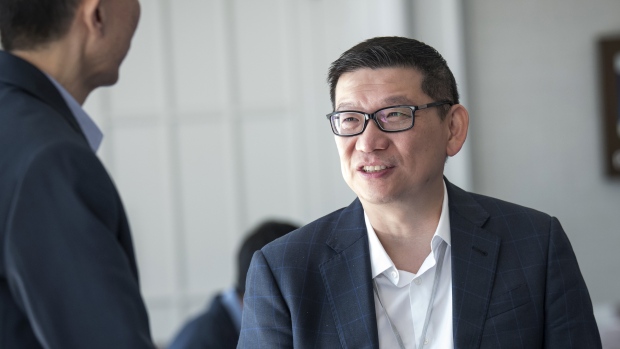 The head of one of the world’s largest sovereign wealth funds wants to get one thing straight — markets are becoming increasingly dire and investors face a very uncertain future.

Lim Chow Kiat, the chief executive officer of Singapore’s GIC Pte, has again sounded the alarm about the state of the world’s economy, decrying populism, trade protectionism and a decline in the ability of governments and markets to deliver broad-based prosperity.

“In these factious times, investors are hard put to find their footing,” he said Thursday at the start of GIC Insights, the group’s annual thought leadership event. “They face rising uncertainty but falling returns. By some measures, uncertainty about economic prospects is currently highest on record. Further, policy makers seem to have limited ammunition to reflate economies.”

Lim said in March that GIC was concerned about the high uncertainty in the global investment environment, and in July 2018 warned returns would be lower in coming years as trade disputes escalate.

On Thursday, Lim said that despite fears, investors have been moving into riskier assets because, with about $17 trillion of negative-yielding bonds, they’re in danger of missing out on gains otherwise. “It is a quandary,” he said.

Lim’s comments come as the OECD cut almost all the economic forecasts it made earlier this year, saying the global outlook “has become increasingly fragile and uncertain,” adding that trade tensions are “taking an increasing toll on confidence and investment.”

As to how GIC will navigate the troubled waters, Lim suggested increasing cash reserves may be one answer.

“When faced with uncertainties, it is advisable to have optionality,” he told the audience of fellow C-suite executives. “Tactically, that may be raising some cash as dry powder.”

GIC is the world’s sixth-biggest sovereign wealth fund, with an estimated $440 billion in assets under management, according to the Sovereign Wealth Fund Institute.

With assistance from Jake Lloyd-Smith