Bank of Canada paints the picture for a 'long pause'

A persistently sluggish global economy and a bleak outlook for the energy sector mean that interest rates won’t need to rise as much as the Bank of Canada once thought, even if all economic headwinds eventually dissipate.

The so-called neutral rate is the estimated policy stance that keeps the economy from running too hot or too cold when all slack has been absorbed and there is nothing blowing it off course, like a trade war. It’s what is expected to prevail in normal economic times, and is affected by a mix of global and domestic factors.

Because of significant uncertainty surrounding this variable, which cannot be directly observed, the Ottawa-based central bank presents it as a range of 2.25 to 3.25 per cent. The midpoint of the range was revised down 25 basis points on Wednesday from its previous estimate, and more than two percentage points below its assessment from the mid-2000s.

This downward revision may come as a sigh of relief for debt-laden Canadian households, which are currently seeing the growth of debt payments outstrip the increase in income by the most since the financial crisis, thanks in part to the Bank of Canada’s five interest rate hikes since mid-2017.

It's an acknowledgement that forces weighing on global growth are more structural in nature -- and as a result the Canadian economy has less need for higher rates. 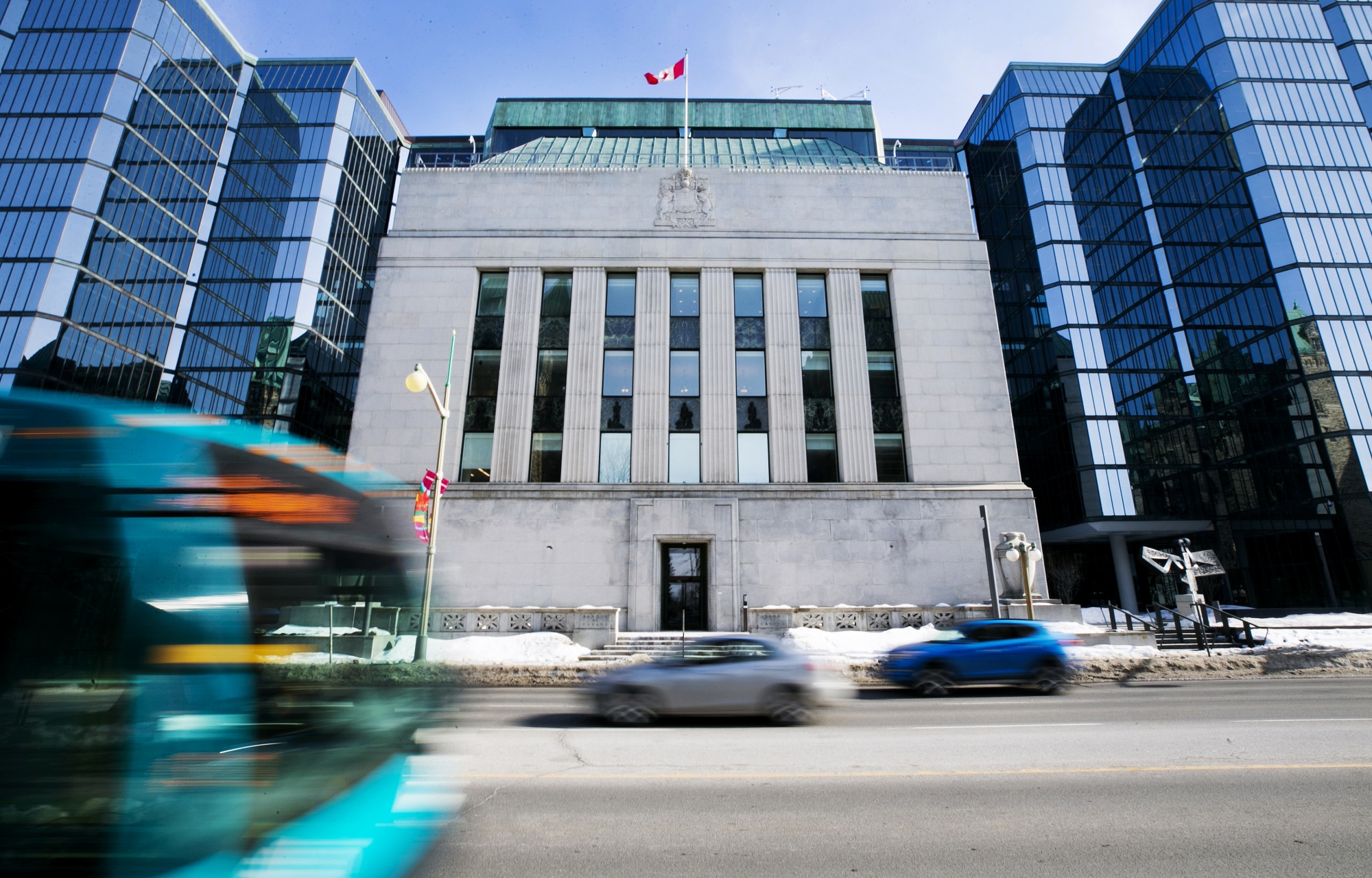 What should the Bank of Canada be most concerned about right now?

Wednesday's change also remedies an odd disconnect in which the Bank of Canada’s estimate of the neutral rate was higher than the Federal Reserve’s, despite a long history of subpar productivity growth and the Canadian mortgage market's greater sensitivity to policy changes.

The approach taken by the Bank of Canada is simply to take the median estimate of the neutral rate from the Fed, considered the world’s central bank, and tack a 50-basis point range on either side.

Staff research at the Bank of Canada, released Wednesday, suggest that using alternative methods that are more Canada-centric may generate an even lower neutral rate.

An area for future study would involve how to incorporate the onerous burden faced by Canadian households into the Bank of Canada's assessment of the neutral rate.

Financial markets, for their part, never bought into the idea that the Bank’s policy rate would ascend to 3 per cent over foreseeable projection horizons.

Canada's economy isn’t able to sustainably grow as fast as once hoped -- something the Bank of Canada acknowledged again on Wednesday by revising down its estimates for potential output.

The two concepts -- neutral and potential -- are inextricably intertwined. In an April 2016 speech, Bank of Governor Stephen Poloz indicated that the underlying growth in economic potential was “the most important input” into the neutral rate.

Potential growth is a function of the estimated growth in hours worked and how much output per hour can be produced, which itself is linked to the amount of machinery they have to work with. The “more-intense challenges in the energy sector” is the main driver of a softer outlook for productivity through 2021, the Bank of Canada said in its monetary policy report.

Strong increases in immigration and non-permanent residents, which boost labor’s contribution to the Canadian economy’s speed limit, aren’t enough to offset this dynamic.

The combination of lower potential growth and neutral rates are the latest manifestation of the “serial disappointments” from global activity Poloz has long lamented, which have contributed to slower than anticipated Canadian exports and capital spending during his tenure.