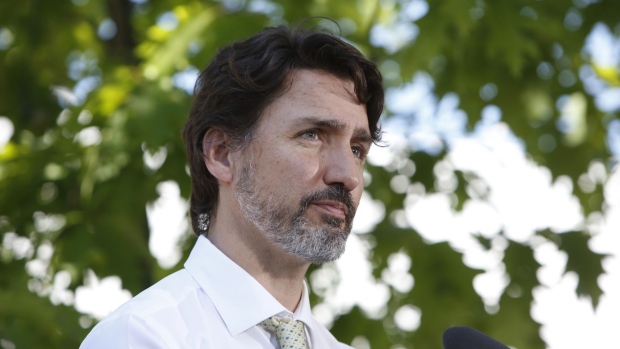 Prime Minister Justin Trudeau apologized for his role in approving a contract to a charity with deep ties to his family.

In June, Trudeau’s government contracted WE Charity, a student volunteer advocacy group, to administer a $900-million program to provide grants to students who volunteer over the summer of up to $5,000. The charity would have received about $20 million in fees.

The contract announcement sparked an outcry, prompting a conflict of interest investigation from the ethics commissioner. Trudeau and his wife have regularly spoken at the charity’s events, and revelations have emerged that the for-profit arm of the organization paid hundreds of thousands of dollars in speaker fees to Trudeau’s mother and brother. Trudeau acknowledged on Monday for the first time he should not have taken part in the contract decision.

“I made a mistake not recusing myself immediately from the discussions given our family’s history and I am sincerely sorry at not having done that,” Trudeau told reporters in Ottawa.

In addition to the ethics commissioner investigation, two parliamentary committees are also looking into the matter, with some opposition lawmakers even calling on Trudeau to temporarily step aside and for a criminal investigation to be launched.

Media outlet Canadaland was first to report the charity and its for-profit organization paid Margaret Trudeau, the Canadian leader’s mother, $312,000 in speaking fees since 2016. His brother, Alexandre Trudeau, has been paid $40,000. The organization also paid $1,400 in speaker fees to his wife, Sophie Gregoire Trudeau, before Trudeau was elected prime minister.

At the press conference, Trudeau said he hadn’t been aware of how much his brother and mother were paid.

The prime minister has denied he has ever been paid by the charity.