Sales of new U.S. homes dropped unexpectedly in June to the lowest since April 2020, showing a further weakening in demand against a backdrop of elevated prices and tight supply.

Purchases of new single-family homes fell 6.6 per cent to a 676,000 annualized pace following a downwardly revised 724,000 in May, government data showed Monday. The median estimate in a Bloomberg survey of economists called for a 796,000 rate. 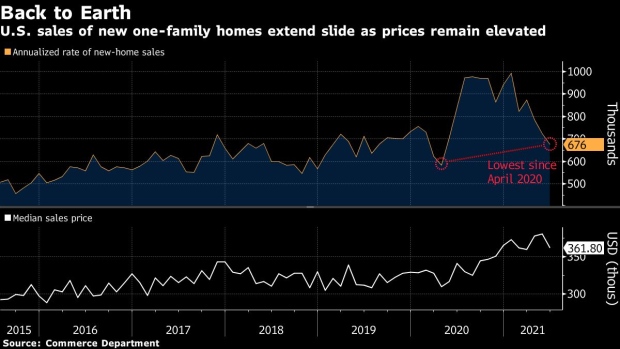 Surging construction costs for everything from labor to transportation to lumber have held back homebuilding in recent months, contributing to skyrocketing prices while the supply of homes remains limited. Some of those supply-chain pressures may ease in the coming months and lumber prices have retreated quickly from their recent peak.

Biden administration officials held a meeting with homebuilding industry representatives recently, with a goal of addressing the housing supply shortage and helping to ease pressures that spurred the surge in prices.

The Commerce Department’s report showed the median sales price of a new home rose 6.1 per cent from a year earlier, to US$361,800. 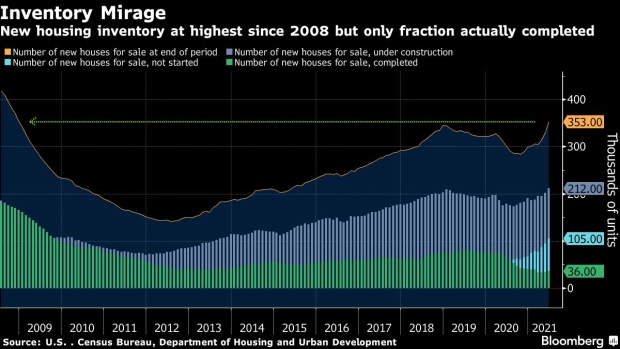 At the current sales pace, it would take 6.3 months to exhaust the supply of new homes, compared with 5.5 months in the prior month.