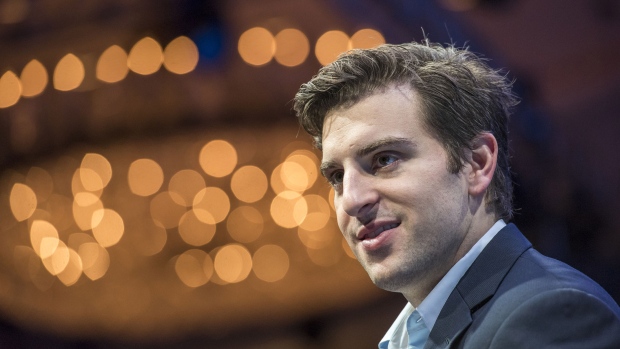 Airbnb Inc.’s recovery from the travel slump caused by COVID-19 has been so swift that the startup’s much-anticipated stock listing is still on the table for 2020, Chief Executive Officer Brian Chesky said.

“We’re not ruling it out this year, but we’re definitely not committing to a time line right now,” Chesky said in an interview with Emily Chang on Bloomberg Television Monday. “We’re still a little early in this crisis for me to feel clear enough about how this is going to play out.”

He had originally planned to file paperwork with the U.S. Securities and Exchange Commission on March 31. Instead, the coronavirus pandemic shut down global travel, sending Airbnb’s bookings tumbling and jeopardizing plans for a listing this year. The San Francisco-based company cut 25 per cent of its workforce and raised an additional US$2 billion in debt to help weather the slump, shaving about 40 per cent off its US$31 billion private market valuation.

The first “dark moment” for Chesky came when he realized Airbnb was facing US$1 billion of cancellations from guests. After 12 years, in which Airbnb became one of the biggest vacation-home rental sites in the world and one of the most prominent tech startups in Silicon Valley, Chesky said he feared he was going to lose it all in just four weeks.

“It just felt like everything in the company broke,” he said. “As an industry, we had to stare into the abyss, and we didn’t know if and when it would recover.”

Some recent indications suggest a rebound is underway and demand is returning faster than almost everyone had expected -- including Chesky. Since May, Airbnb has seen city dwellers take advantage of work-from-home policies and escape to vacation rentals in more rural areas for weeks at a time. The number of nights booked at U.S. listings between May 17 and June 3rd was greater than during the same period the previous year. As of June 17, Airbnb’s bookings increased 20 per cent year over year in the U.S., according to new data from market research firm AirDNA.

Regardless of the surge in demand, Chesky said Airbnb is still in survival mode. “We’re absolutely not out of the woods,” he said. “We’re recovering faster than we thought, but I also don’t want to have false hope. The market seems like it’s recovering, but again, there could be a double dip.”

The uncertainty has also led Chesky to refocus on Airbnb’s core business. The coronavirus crisis laid bare Airbnb’s aggressive expansion strategy: diversifying its business by investing in hotels, luxury travel and transportation. The company had become unfocused, according to Chesky. “We strayed from our roots,” he said.

“When you get really successful, you tend to think you can do everything at the same time,” Chesky said. “I tried to do, probably, too many things at once.” Chesky said this only became clear to him when the crisis hit. “I think we all looked at it with fresh eyes and realized we need to be leaner. We need to get back to our basics and we need to be focused.”