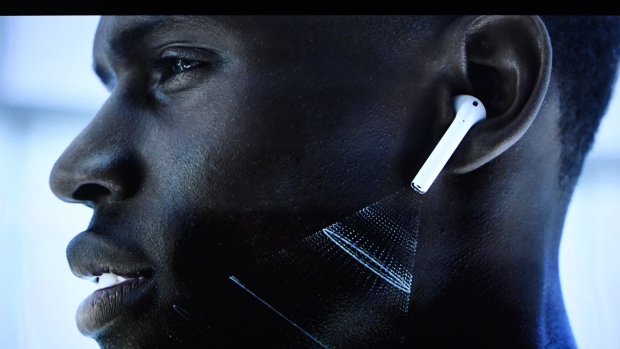 Luxshare Precision Industry Co. drew a series of analyst price upgrades after the Chinese assembler of Apple Inc.’s AirPods revealed a roughly 80 per cent surge in first-half profit and sales.

The company, regarded as a bellwether for China’s consumer hardware industry, is expected to become an increasingly important supplier of components for wearable devices like the Apple Watch, some analysts say. Goldman, CICC and Morgan Stanley were among the investment houses that lifted their stock price target on the consumer hardware firm after it posted results late Tuesday.

Luxshare is among the largest of a crop of Chinese manufacturers of consumer electronics that’re increasingly winning orders from longer-established firms like Foxconn Technology Group. The Shenzhen-based firm has in past years become a primary supplier of AirPods, one of the fastest-selling consumer accessories in the market. TF International analyst Kuo Ming-chi estimates AirPod shipments could rise 60 per cent -70 per cent for 2019, and 50 per cent -60 per cent  for 2020.

“Luxshare is in a fast-growth phase thanks to its comprehensive product lines and expertise in R&D and production of precision electronic components, which provide a defensive moat,” Csc International analyst Zhu Jixiang said. “Apple’s AirPods in particular are a bright spot in the market, and Luxshare has a significant share of assembling that product.”

Luxshare’s stock slid two per cent  on Wednesday but Bright Smart Securities analyst Mark Huang blamed that partly on a conservative projection for current-quarter net income growth of 18 per cent  to 38 per cent . Huang said any losses presented a buying opportunity.

Only 1 of 32 analysts covering the company rated it a sell, according to Bloomberg-compiled data (the rest were Buys). Its blended 12-month price-earnings ratio of 27 compared with an average of 24 for the past two years.

“Luxshare again produced a solid set of numbers. Any back-sliding in the stock presents a chance to buy,” Bright Smart’s Huang said. “Today’s fall may stem from a temporary valuation adjustment, after a portion of capital chose to lock in profits.”

Analysts’ optimism aside, the Chinese company itself warned Tuesday about the uncertain impact of global trade ructions.

Trump-administration tariffs on Chinese-made products, including eventually a swathe of consumer and mobile electronics, will pressure contract manufacturers’ margins and accelerate a costly shift of capacity away from China over time . An economic downturn could also depress demand for electronics more generally.

Luxshare can counter some of those headwinds due to its strong capability of manufacturing precision instruments and expectations of new wave of 5G-driven demand, Huang said.

“Its growth prospects will expand in the 5G era, along with demand for mobile peripherals,” he said.

--With assistance from Debby Wu.