Despite the chip shortage, Apple is on-track for its strongest holiday quarter ever: Wedbush Securities' Ives

Analyst Katy Huberty, who rates Apple overweight, raised her price target to US$200 from US$164, matching Wedbush as the highest among targets tracked by Bloomberg. The shares rose as much as 3.3 per cent to US$170.78 Tuesday, a fresh record.

While investors have struggled to value the iPhone maker’s new products given the company’s secrecy, Huberty expects augmented and virtual reality, as well as autonomous vehicles, to eventually be priced in, and says Apple should also benefit from a “flight to quality” in technology stocks.

“Despite a consistent and material revenue contribution from new products and services over time, Apple shares don’t seem to bake in the impact from upcoming new product launches,” Huberty wrote in a note. “We believe this will change as Apple approaches the launch of an AR/VR product over the next year.” 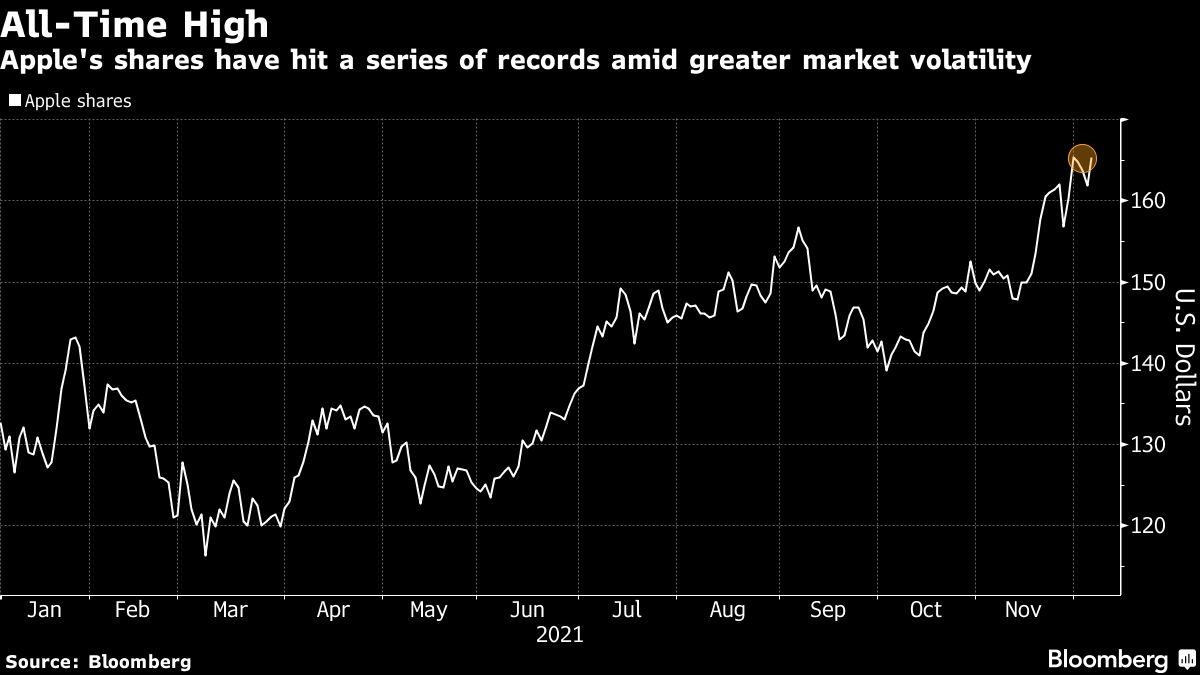 Apple’s shares have surged about 28 per cent this year and ended Monday’s session at a an all-time high. Investors consider the tech giant a safe bet in an increasingly volatile market, as the highest-valued names in the sector get hit by hawkish signals from the Federal Reserve.