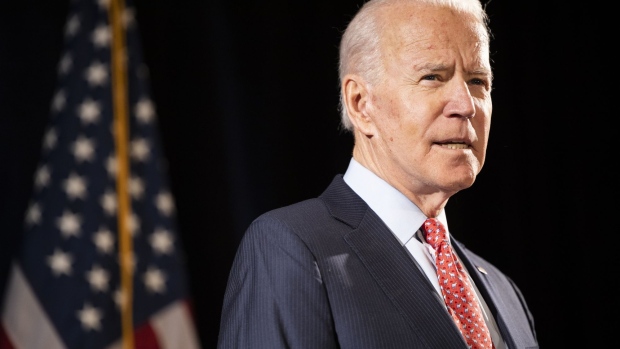 Joe Biden outdrew President Donald Trump in the ratings for their competing town-hall events Thursday, even though his event lacked the drama of the president’s appearance.

The Democratic challenger attracted 13.9 million viewers on ABC, according to Nielsen data released Friday. Trump drew 13.1 million viewers on NBC and two related channels, MSNBC and CNBC, all owned by Comcast Corp. ABC said the event was its most-watched prime-time telecast since the Oscars eight months ago.

The unusual dueling TV events happened after Trump declined to participate in a virtual debate scheduled for the same date in Miami. The nonpartisan Commission on Presidential Debates recommended the virtual matchup after Trump tested positive for Covid-19. ABC, owned by Walt Disney Co., scheduled Democrat Biden to appear alone, while NBC made a similar offer to Trump.

NBC came under fire from media critics and some of its own employees for scheduling its competing event. More than 100 actors and producers sent a letter to network management calling it a “disservice.”

But the network’s moderator, Savannah Guthrie, won praise for asking Trump tough questions and scrutinizing his answers. That may have taken some heat off NBC for its scheduling decision, according to the Columbia Journalism Review.

After Trump defended retweeting a conspiracy theory about Biden orchestrating the killing of Navy SEALs to cover up the fake death of Osama Bin Laden, she said, “You’re the president. You’re not, like, someone’s crazy uncle who can just retweet whatever.”

At a rally Thursday, Trump criticized NBC and parent Comcast, but said he decided to participate in the town hall anyway because it would “be a free hour of television.”

The ABC event drew criticism from conservative outlets for not prodding the former vice president about his son Hunter’s business dealings while he was in office.

The total audience on the networks fell far short of the 73.1 million viewers who tuned in to last month’s debate between Trump and Biden. The vice-presidential debate between incumbent Mike Pence and challenger Kamala Harris got 57.9 million viewers, the strongest showing in a dozen years.

Thursday’s candidate conversations began at 8 p.m. New York time, with Trump on for an hour and Biden for about 90 minutes.