BP's dividend under scrutiny as it plans to write down billions

BP Plc’s dividend is looking increasingly untenable after the company said it would make the biggest writedown on its business since the devastating Macondo oil spill a decade ago.

At 10.6 per cent, BP’s dividend yield is the highest among its Big Oil peers and may indicate that shareholders expect a cut. Since Royal Dutch Shell Plc slashed its payout by a third last quarter, all eyes have turned to BP, whose indebtedness has risen almost every quarter for the past two years.

BP will take impairment charges and write-offs in the second quarter estimated at as much as US$17.5 billion, the U.K. oil major said Monday. That increases the likelihood of a dividend cut on Aug. 4 when BP releases results for the period, Redburn analyst Stuart Joyner said in a note. The brokerage expects the payout, currently at 10.5 cents a share, to be cut by a third. 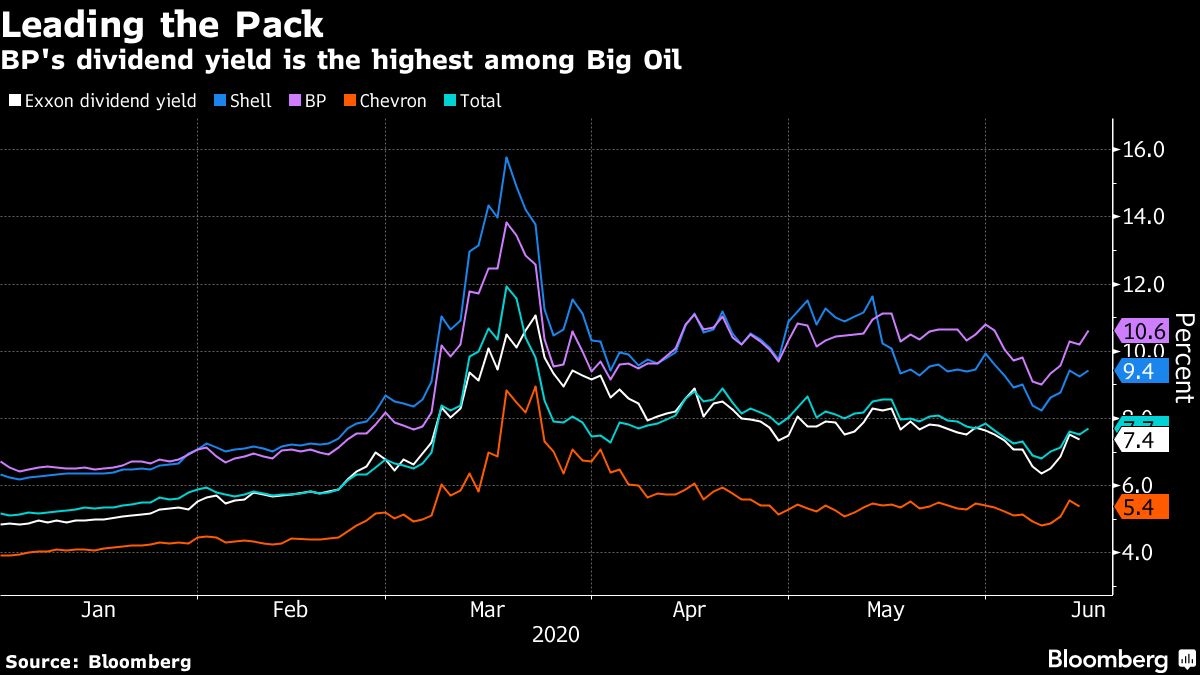 Looney has refused to be drawn on the possibility of a change to the payout, saying only that the board reviews the dividend on a quarterly basis.

The company, like its rivals, has announced sweeping cost cuts amid the pandemic, curbing plans for capital spending and laying off 10,000 workers as it dismantles its traditional upstream and downstream businesses. The job losses will chip away at BP’s US$8 billion-a-year “people costs,” it said -- roughly the same figure it pays out in dividends.