I don’t think markets are going to be reacting too much to Q3 GDP data: Citi economist

Canadians are flush with cash and ready to spend.

Quarterly economic activity numbers released Tuesday showed consumers powering the nation’s economy back to growth over the summer as most COVID restrictions were lifted. A surge in household spending fueled a faster-than-expected 5.4 per cent annualized expansion in the third quarter -- a sharp comeback from a disappointing first half of the year when the nation’s expansion stalled amid a third wave of lockdowns.

While businesses continue to struggle with the aftermath of the pandemic, the data show households in strong financial shape to lead the recovery.

Consumer spending jumped by an annualized 18 per cent in the three months that ended in September, the second biggest increase going back to the early 1960s, except for last year’s spike. Most of that spending was on services, many of which had been closed to many Canadians earlier in the year. 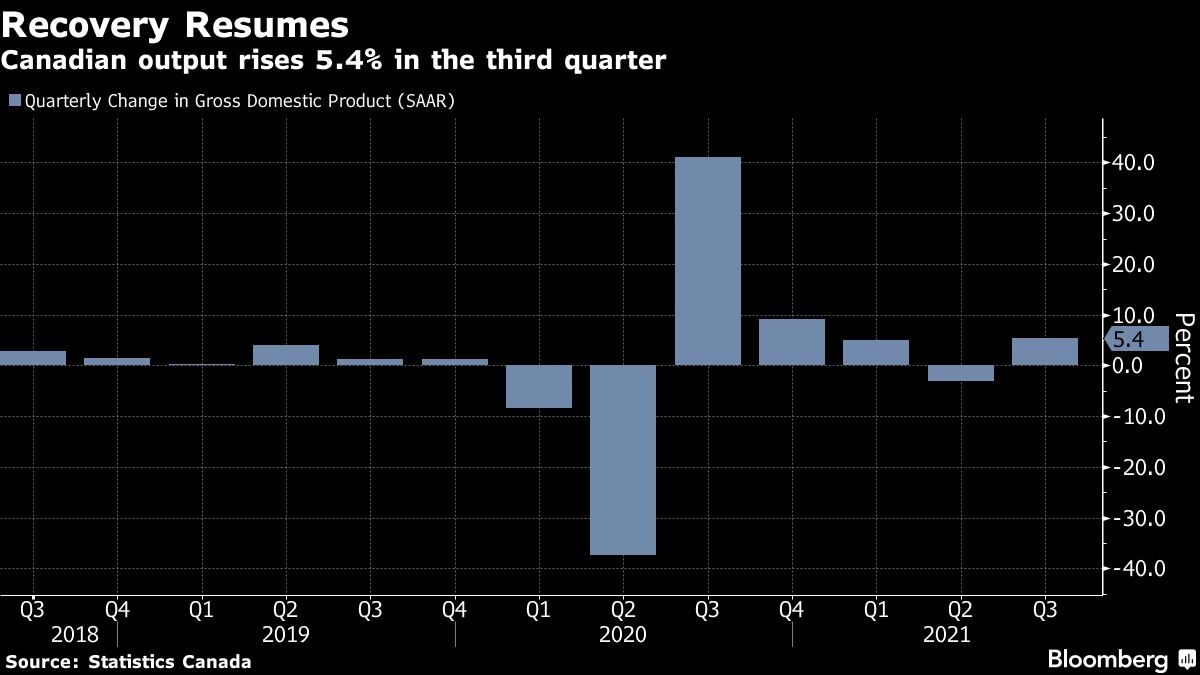 Households appear to have plenty of financial power to continue spending. Compensation from wages has already surpassed pre-pandemic levels, even as government transfers remain elevated -- making up 22 per cent of the income of Canadian households, versus 17 per cent on average in the decade prior to the pandemic.

Households have added $319 billion (US$250 billion) in new savings since the start of the pandemic -- an mount that would have typically taken them about a decade to accumulate.

“The outlook is still bright, provided vaccinations remain effective against both the delta variant and risk of a new omicron wave. Consumer spending on services may not sustain the same sort of momentum over the near term, but still has room to run.”

Spending by consumers is helping to offset weakness elsewhere.

A drought in Western Canada, global supply bottlenecks, a prolonged lockdown and chip shortages hampering the auto sector have all added to a weaker-than-expected recovery. Total output in the third quarter remained 1.4 per cent below levels in the final quarter of 2019, just before the pandemic began. Statistics Canada also revised down its estimate for second quarter output to a 3.2 per cent contraction, from an initial estimate of a 1.1 per cent drop.

Business investment continues to be weak, while housing market growth is beginning to slow. Exports recovered in the third quarter after a sharp drop earlier in the year, but remain well below pre-pandemic levels. Underscoring the uncertainty, many companies fulfilled growing demand by drawing down inventories rather than raising production, the data show. 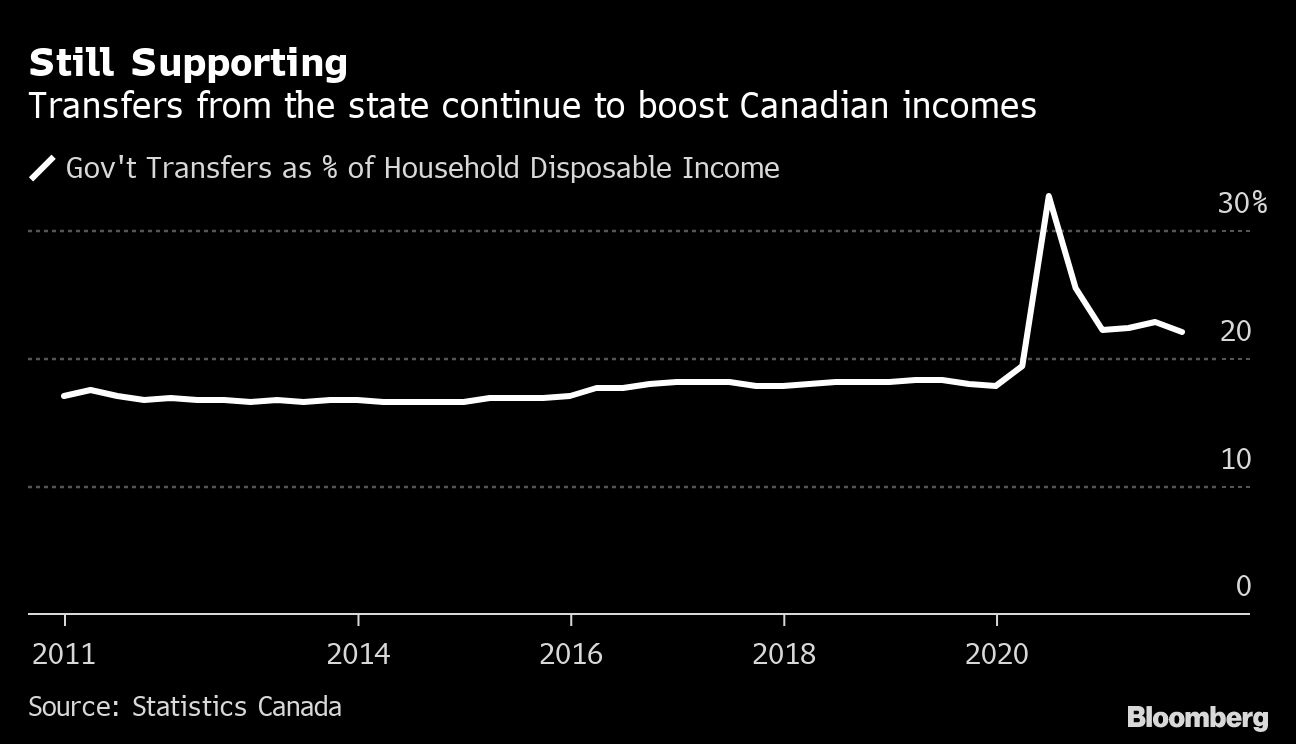 The emergence of the omicron coronavirus strain and recent floods in British Columbia only increases risks to the outlook.

But things are beginning to pick up. An early reading for October shows the economy continued to eke growth beyond the summer, up 0.8 per cent on the month, according to Statistics Canada.

Overall, the pace of the recovery is almost certain to reinforce investor views that the Bank of Canada is about to begin a series of interest rate increases, with markets pricing in five hikes over the next 12 months. While beating economist estimates, third quarter growth was in line with the central bank’s prediction of 5.5 per cent annualized growth.

“This rebound, combined with the pop in services spending and the still-strong level of savings cushion, suggests that the economy had solid underpinnings heading into the winter,” Doug Porter, chief economist at Bank of Montreal, said in a report to investors.