That’s the message from Fidelity Investments in its third-quarter retirement report. Boomers, or the generation born between 1944 and 1964, have been riding a 10-year bull market into retirement, steadily upping bets on stocks to boost 401(k) returns and exposing them to unnecessary risk.

More than a third of the generation had crossed over Fidelity’s recommended allocation to stocks, which is 70 per cent for those 10 years from retirement. Almost one-tenth of boomers were entirely in equities during the quarter, running the risk of serious losses in a market meltdown.

By comparison, almost a quarter of all savers had too much devoted to stocks. 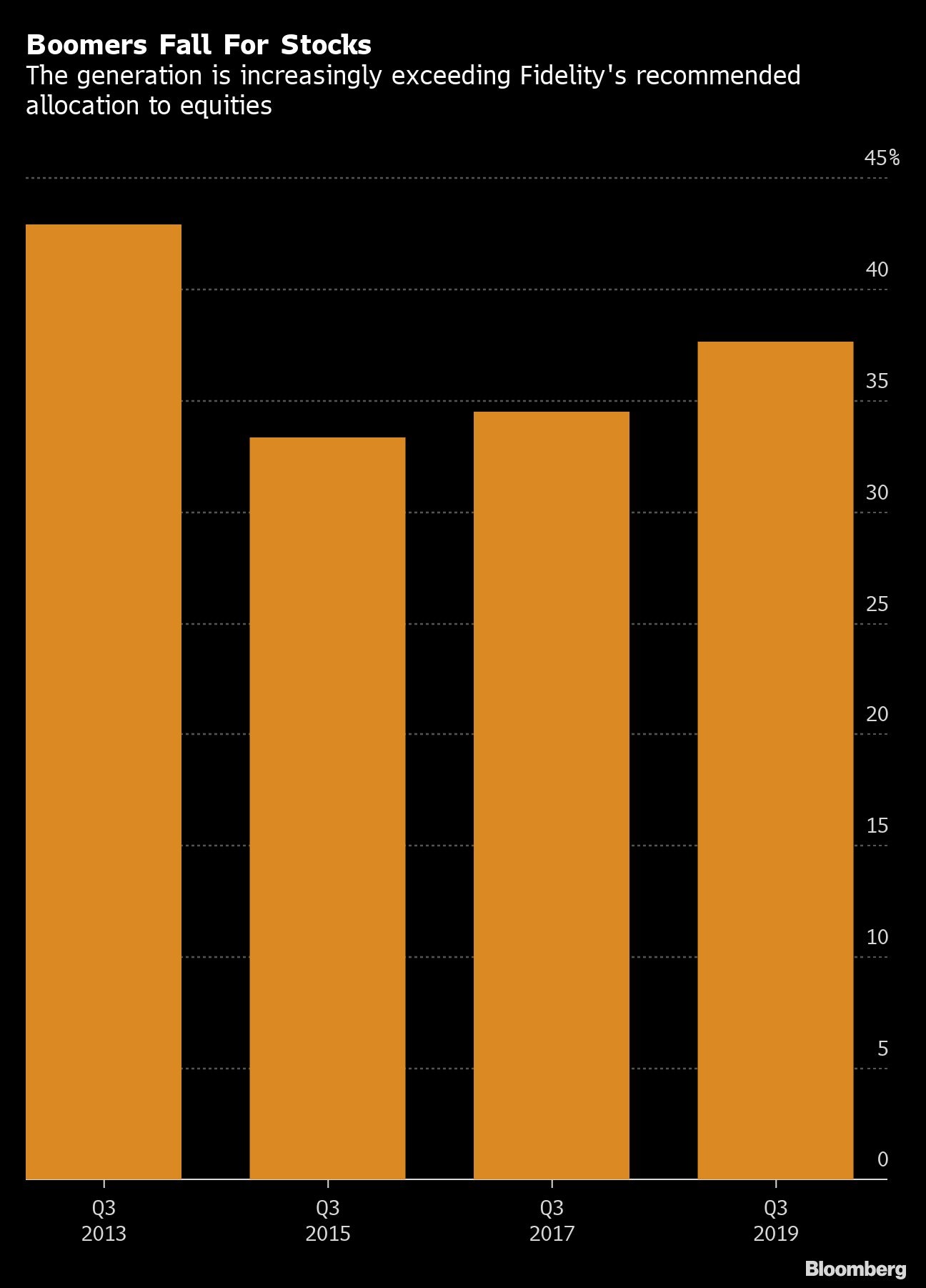 Other highlights from the report: