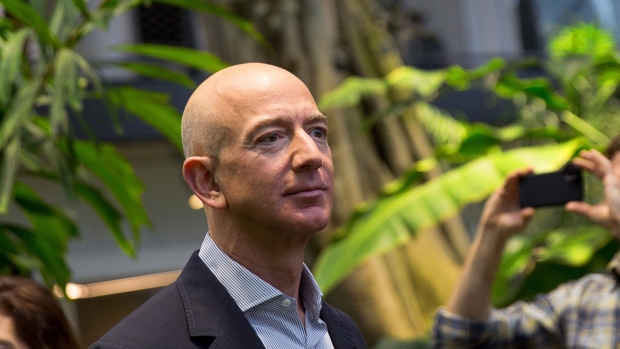 Sujal Patel’s data storage company, Isilon Systems, was one of the only tech startups to raise investment funds in the dark winter of Seattle’s early 2000s dot-com bust. Now, he’s announcing he’s raised money for a second company, in biotech this time, in the midst of a global pandemic.

“I think I only perform well under pressure,” Patel said. In his latest venture, called Nautilus Biotechnology, he’s tackling a more difficult problem than computer storage.

The goal is to build a device that can map patients’ proteins more rapidly and cheaply, allowing drug developers to use that data to find targeted treatments for diseases like cancer, and let doctors monitor flare-ups of conditions like multiple sclerosis.

Nautilus has largely kept its work quiet since it was founded in 2016, but on Thursday the company said it raised US$76 million, bringing its total funding to more than $108 million.

The round was led by Vulcan Capital, the investment house of the late Microsoft Corp. co-founder Paul Allen, and was joined by Jeff Bezos’s family office. Previous investors including Andreessen Horowitz and Seattle's Madrona Venture Group also participated.

The company declined to give its valuation, but a spokeswoman said that it was worth “several hundred million” dollars.

Patel met the co-founder of Nautilus, Parag Mallick, while still at Isilon. Mallick was a working on using supercomputers to detect cancer through detailed blood analysis at Cedars-Sinai Medical Center in Los Angeles—and Patel was selling him the gear needed to store the vast volumes of data created in his research.

Soon, Patel and his wife became donors to Mallick’s lab when he moved to Stanford University.

In 2016, Mallick called Patel to pitch him on a new idea he had for a technique to use machine learning to make the mapping of patients’ proteins as easy and affordable as genome-measuring has become. Patel signed on as an investor, co-founder and chief executive officer. Mallick is the company’s chief scientist.

Nautilus has high hopes for the potential impact of studying proteins.

The human genome itself is a set of instructions for how the body should operate, and proteins are how those instructions are expressed, changing in response to triggers like aging. The high cost and slow pace of mapping them “has really been a bottleneck to all of biology, particularly to how we develop drugs and how we diagnose people,” Mallick said.

When researching drugs, pharmaceutical companies want to find proteins that are common in diseased cells but not in healthy cells.

They can then create a drug that attacks that protein and leaves healthy cells alone. “Right now with the tools that exist, it’s harder to find those targets,” Mallick said. Nautilus’s technology would use machine learning to study the human proteome, which is the complete set of proteins expressed by an organism.

Other companies working on proteomics include Seer Inc. a startup that has raised more than US$108 million. Nautilus does not yet have a working device.

But the experience convinced him that there’s potential there, and Nagae said he’s impressed by Nautilus. "It is early but they have an incredibly thoughtful approach," he said. "This is a fundamentally transformative opportunity that you don't see very often."