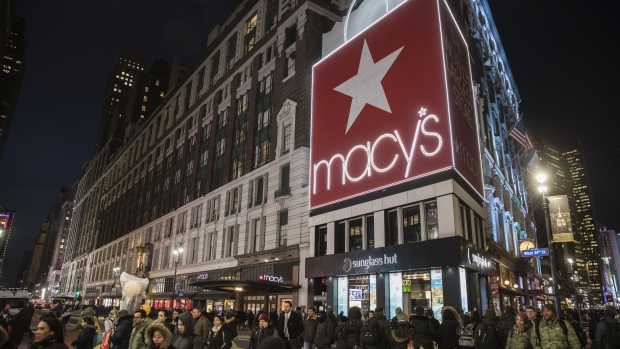 A child cross the street near a Macy's Inc. store at the Easton Town Center Mall in Columbus, Ohio, U.S., on Tuesday, Dec. 26, 2017. Americans displayed their buying bona fides in the final run-up to Christmas, turning out in force to produce what may be the best holiday shopping season in years. Photographer: Luke Sharrett/Bloomberg , Bloomberg

After clearing up unwanted items last quarter as sales slumped, Macy’s Inc. said it is now geared up for improvement in the crucial holiday quarter.

The department-store offered mixed signals Thursday, cutting its full-year profit outlook after a key sales metric fell more than it anticipated last quarter. With some of the bad news now past and inventories cleared, the retailer has room for improvement in the December quarter.

“We look at the fourth quarter, we’re locked and loaded,” Chief Executive Officer Jeff Gennette said on an earning conference call. “Every single promotion has been planned, every specials’ been planned.”

With so much at stake for retailers ahead of the gift-giving season, every earnings report is scrutinized for signs that American consumers can keep up robust spending. Macy’s shares oscillated following the results and were down 2.6% to $14.63 as of 10:16 a.m. in New York, following a gain of as much as 1.3%. Peer Nordstrom Inc., which reports its own third-quarter results after the close, gained 0.4 per cent.

Macy’s same-store sales, a closely watched metric for retailers, fell 3.5% in the fiscal third quarter for locations owned and licensed, a sharper decline than Macy’s anticipated. The retailer now sees full-year same-store sales declining  one per cent to 1.5 per cent, compared with a previous estimate of a gain of as much one per cent.

The Cincinnati-based company, which also lowered revenue growth estimates for the year, blamed the sluggish sales on a litany of reasons: Cold weather that sparks coat-buying didn’t come soon enough, international tourism was soft and lower-tier malls didn’t perform as well as anticipated. In addition, Macy’s e-commerce business was temporarily hit by work to get ready for the crucial gift-giving season. The company said the site is fixed now and “customers can expect an improved experience.”

“The severity of the dip is a surprise and it shows that Macy’s is in a bad position as we enter the holiday season and the potentially slower consumer retail economy that lies beyond,” Neil Saunders, managing director of GlobalData Retail, said in an email. “Macy’s failure on the sales line comes back to one central problem: The products it sells and the environments in which it sells them are not aligned with what consumers want.” 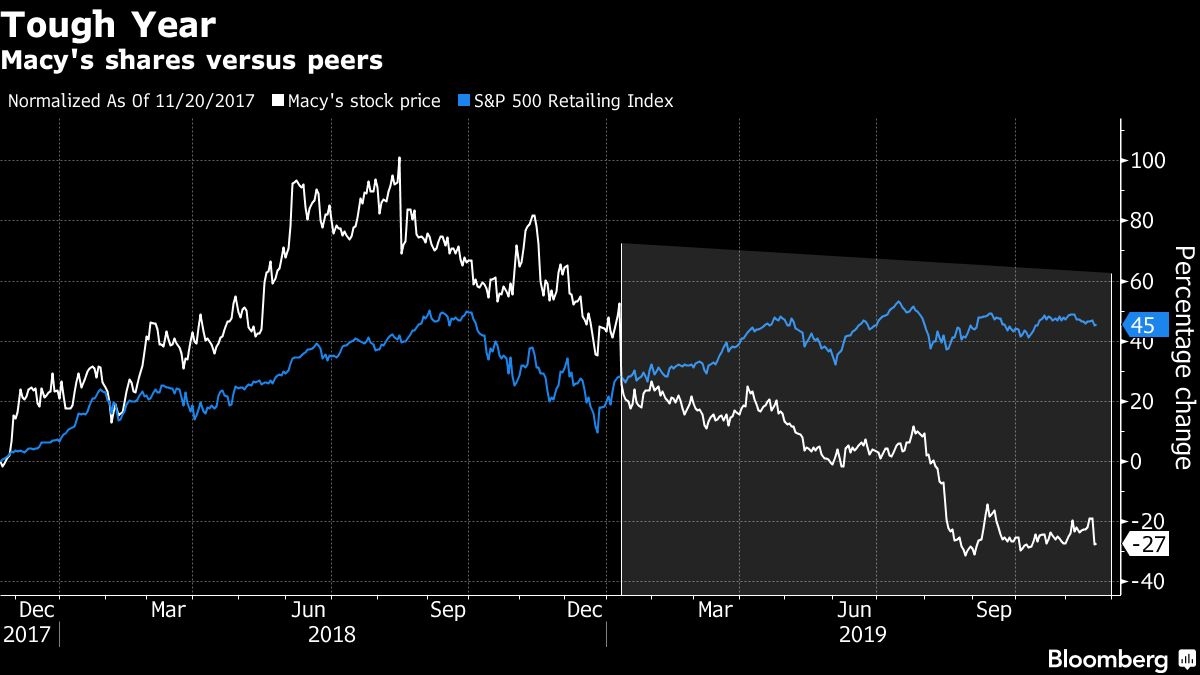 With the cold weather arriving, winter clothes sales have started to flow through, CEO Gennette said the conference call. And with unwanted items now out of the way, Macy’s has the flexibility to respond to consumer demand and discounts from competitors.

While the e-commerce site is now fixed, it impaired growth last quarter. Digital sales rose during the period, but not the customary gains of more than 10% that the company usually gets, Macy’s President Hal Lawton said on the call. He didn’t provide further details.

Macy’s is trying to appeal to customers in new ways and give them reasons to spend with them. It ramped up its fulfillment options and services, including re-launching same-day delivery. It’s also testing out new store formats and service offerings to revive its 600-plus store fleet. It has provided additional capital, technology and expanded merchandise in more than 100 locations.