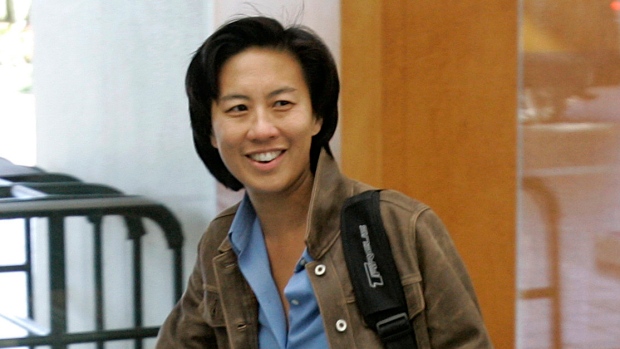 The Miami Marlins have named Kim Ng as their general manager, making her the first woman to hold that role at a major men’s U.S. sports team.

Ng has long been a candidate for a general manager job. She interviewed for that position at the Los Angeles Dodgers in 2005 and for the same role with the Seattle Mariners, San Diego Padres and San Francisco Giants since then.

With the Marlins, Ng will team up with Derek Jeter, the team’s chief executive officer. Ng was part of the New York Yankees front office when Jeter was wearing pinstripes, serving as an assistant general manager. At the time, she was one of the youngest executives in the sport’s history.

Ng grew up in Queens and was an avid tennis player as a child, she said in an interview with the NCAA. She picked up softball at 11 years old and played the throughout her time at the University of Chicago, being named the team’s most valuable infielder, according to an interview with the school’s magazine.

It was at the University of Chicago that Ng got her first job in Major League Baseball, as an intern with the White Sox in 1990. There she helped the team build a computer database of baseball statistics, which Ng said at the time was considered a “novelty.”

After graduating with a degree in public policy, Ng was expected to follow in the footsteps of her banker father and analyst mother into finance. But the White Sox internship eventually turned into a full-time position as a special-projects analyst with the team. She hasn’t left the game since.

Ng, 51, has worked in Major League Baseball’s league office since 2011. At the Marlins, she replaces Michael Hill, who was one of just two Black executives to lead a baseball operations department last season.

Making history by bringing a lifetime of excellence, Kim Ng steps to the helm as GM. #JuntosMiami pic.twitter.com/UrYESbjTHe