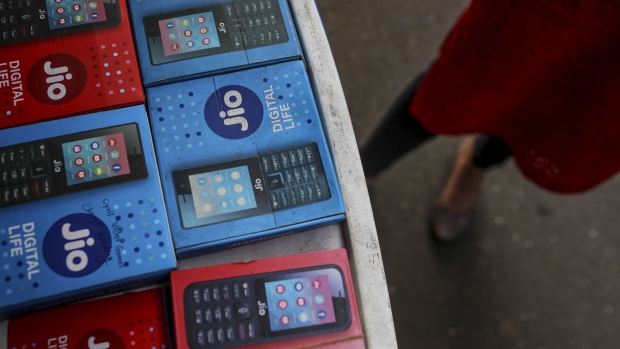 Reliance Industries Ltd. beat expectations to post a record rise in profit as one-off gains from a pact with BP Plc and rising income from wireless phone services offset declines in the conglomerate’s oil-related businesses.

Net income rose to 132.3 billion rupees (US$1.8 billion) in the three months ended in June from 101 billion rupees a year earlier, India’s largest company by market value said in a filing Thursday. That compares with the average 77.2 billion rupees profit estimated by analysts.

The net income includes an exceptional gain of 49.66 billion rupees from its transaction to sell 49 per cent of its fuel retail business to BP Plc.

BP Plc has paid US$1 billion to Reliance Industries Ltd. for a stake in the latter’s fuel retail business, marking its entry into one of the world’s fastest-growing energy markets. The payment completes a deal announced last year, where BP would own 49 per cent of the joint venture and Reliance the rest.

Reliance has been hurt by a slide in oil prices as the coronavirus pandemic stifles economic activity and damps demand worldwide.

Still, shares of Reliance have more than doubled since late March, as Chairman Mukesh Ambani won investments totaling about US$20 billion into his technology venture, Jio Platforms Ltd., from giants including Google and Facebook Inc.

The investors took stakes in Jio Platforms, a holding company that is seeking to tap demand for e-commerce and other technology services in health care and education to reduce the group’s dependence on oil-related earnings.

Investors are awaiting a planned sale of a stake in Reliance’s oil refining and petrochemicals business to Saudi Arabian Oil Co. Ambani told shareholders on July 15 that the deal hadn’t progressed as per original timeline. The delay has raised concern the decline in oil prices has made it less attractive.

Reliance’s refining system can process cheap and dirty oil grades into high-value fuels, helping shield it from price drops that have hit state-run peers in India.

Ambani’s success at luring investors has fueled a rally in Reliance shares, which are up more than 140 per cent from a trough in late March.
The stock has also benefited from the company’s improving balance sheet. In June, Reliance said it had achieved its target of zero net debt. The company had previously said it would reach that level by March 2021.

The company’s gross refining margin fell to US$6.3 a barrel compared with US$8.1 a year ago.

—With assistance from Ramsey Al-Rikabi and Debjit Chakraborty