Tesla jumped eight spots -- more than any other brand -- to No. 11 in an annual report based on road tests, reliability data, owner satisfaction surveys and safety performance. Consumer Reports ranked Tesla higher than any U.S. brand and made the Model 3 sedan a top pick for the first time, a designation the nonprofit bestows to only 10 cars, SUVs and trucks per year. 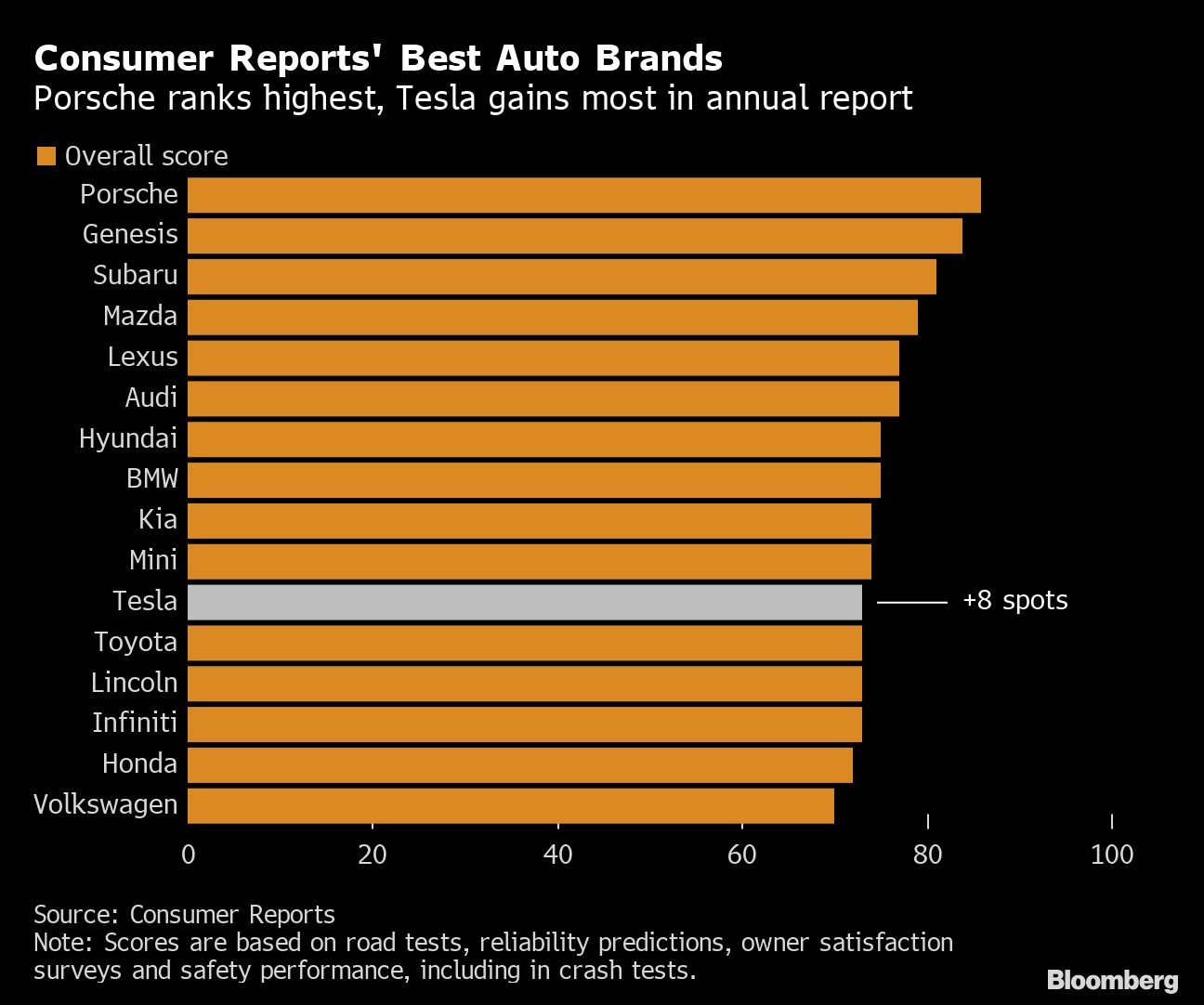 The acclaim is a major coup for Elon Musk, who eschews the traditional advertising that costs major automakers billions. Many car buyers consult Consumer Reports for big-ticket purchases because it’s built a reputation for thorough and meticulous testing. The organization buys all the vehicles it tests and doesn’t accept any marketing dollars from manufacturers.

The Model 3 didn’t perform as well when it first launched in 2017 because, as with the Model S sedan, Tesla was making regular changes to the car on the fly, Fisher said. While the company made some tweaks using over-the-air software updates, others involved changes to hardware that tend to cause problems with reliability. Those cars have stabilized and continue to help the brand overcome poor scores for the Model X sport utility vehicle.

Porsche climbed two spots in the rankings to knock Subaru out of first place, though two of the Japanese brand’s models were top picks: the Forester SUV and Legacy sedan. Toyota Motor Corp. dominated those honors by winning four designations with its namesake models -- the Supra sports car, Avalon sedan, Prius hybrid and Corolla small car -- and one with Lexus for the RX SUV.

Hyundai Motor Co.’s Genesis luxury brand finished second, unchanged from a year ago. The Korean brand has been on a roll in several influential surveys, leading J.D. Power’s Initial Quality Study each of the last two years. Its first SUV model, the GV80, goes on sale this summer.

“Genesis is a luxury brand that competed extremely well right out of the gate,” Fisher said. “It reminds you of 1989 when Lexus arrived.” 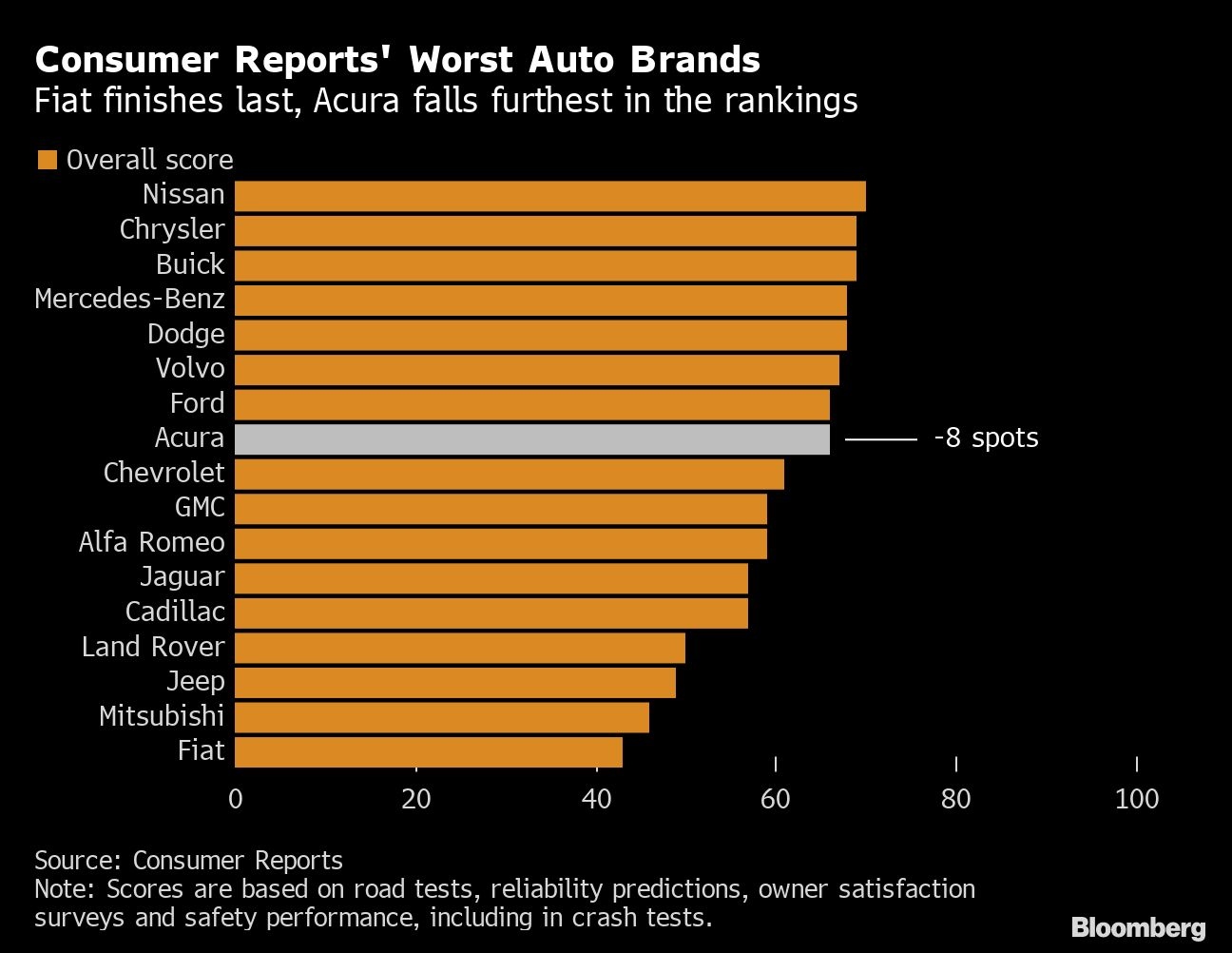 Owners like Jeep’s styling, but the SUVs continue to have ride, handling and quality issues that contributed to the brand slipping two spots to 31st.

“Take the badge off and look what do they do, how do they handle, what’s the reliability,” Fisher said. “They just are not competitive.”