Toronto condo prices continue to level off amid tighter lending rules and a surge in new supply. 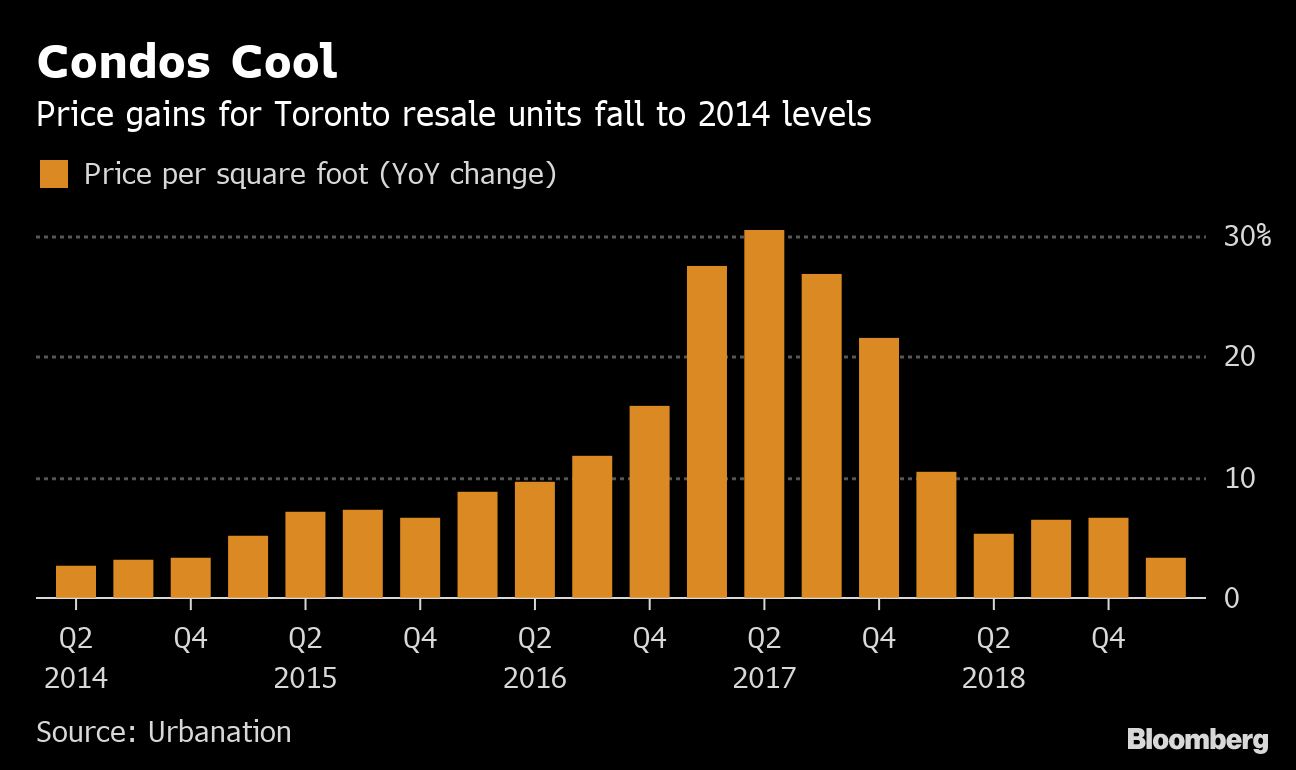 “Condo prices are still being propped up by factors like high immigration, a strong job market, rising income, low borrowing costs, but we see demand starting to take a hit due to high prices, following a 45 per cent run-up over the past three years,” Shaun Hildebrand, president of Urbanation, said in a phone interview.

Hildebrand sees price growth capped at 6 per cent for the foreseeable future due to a wave of supply. A record 71,378 condo units were under construction in the first quarter, according to Urbanation.

The Toronto housing market took a hit last year after the government tightened mortgage-lending rules to ease rising debt and soaring home prices in the region. That pushed a lot of buyers into the cheaper condo segment, which saw prices jump as much as 11 per cent in the first quarter of last year.

Inside the $4.7M penthouse Kawhi Leonard could have for free if he stays a Raptor

Torontonians are offering Kawhi Leonard everything from free food to legal advice if he resigns with the Raptors. Simon S. Mass, CEO of The Condo Store, is sweetening the deal by offering Leonard a luxury $4.7-million penthouse if he stays. He joins BNN Bloomberg to discuss.

“The stress test is creating affordability challenges for first-time buyers plus single-family home prices haven’t become more competitive and growth for larger suites is also starting to slow down,” Hildebrand said. Price growth for smaller units is still well above average while growth for larger ones has fallen below average.

Rent gains for Toronto condos have also been easing in the past few quarters and are expected to continue cooling amid a surge in completions of condo and purpose-built rental apartments, Hildebrand said.