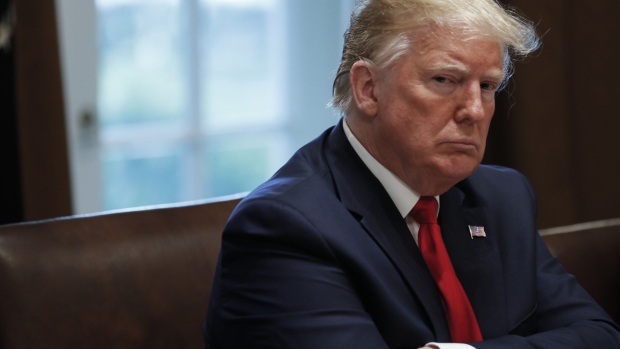 U.S. President Donald J. Trump delivers remarks during a working lunch with governors on workforce freedom and mobility in the Cabinet Room of the White House in Washington, DC, USA, 13 June 2019. , Bloomberg News

The U.S. Commerce Department has recommended the White House take steps to protect the domestic production of uranium after finding the nation’s reliance on imports was a national security risk, according to three people briefed on the matter.

Among the trade remedies recommended is to require nuclear power plants to purchase a minimum of five per cent of the radioactive fuel from U.S. mines, said the people who requested anonymity to discuss non-public deliberations. Two of the people said an option under consideration would see the quota escalate by 5 percentage points a year.

A decision to impose the quotas would be a boon to the two small mining companies that petitioned the Commerce Department to take action, Energy Fuels Inc. and Ur-Energy Inc. The move would increase costs for nuclear reactor operators that are already struggling in the face of competition from cheaper sources of power generated by natural gas and renewables. 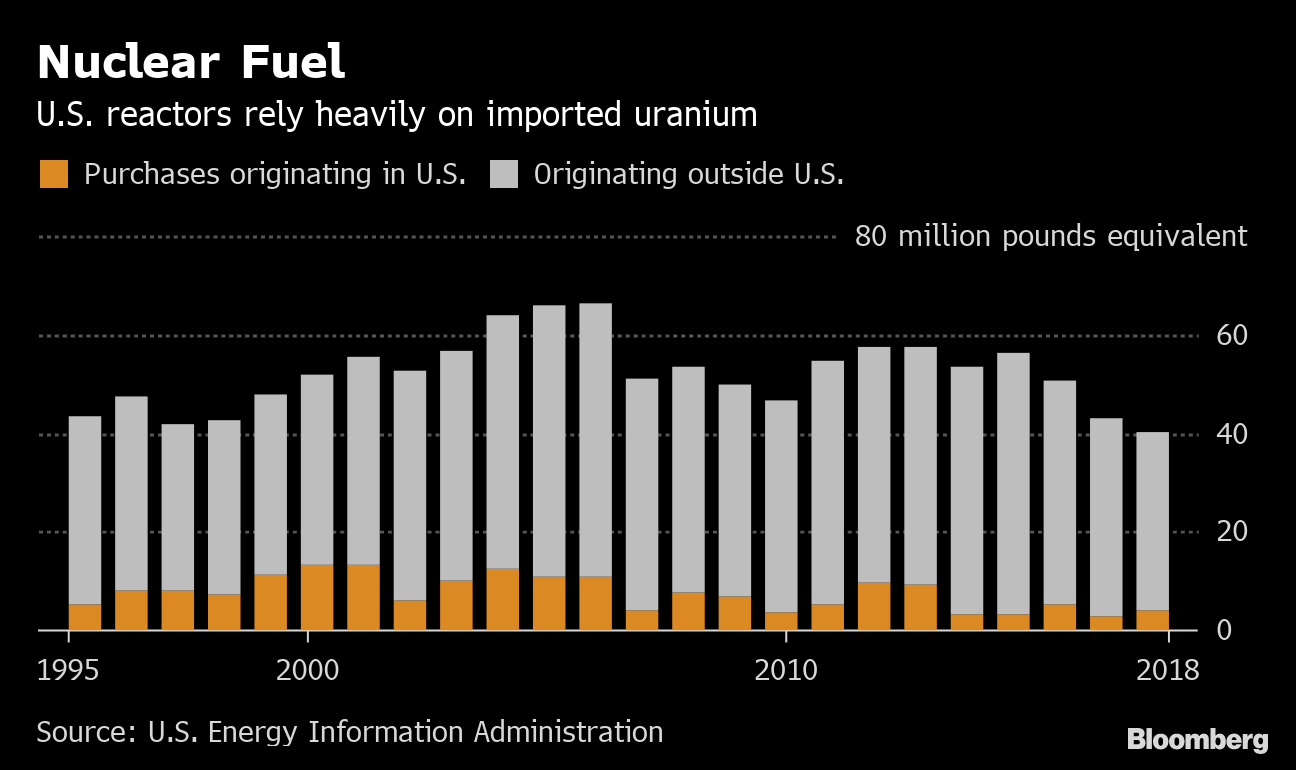 The Commerce Department concluded that the imports did harm national security in April, delivering a confidential report on the matter to the White House, the people said.

The White House did not immediately respond to a request for comment. A spokeswoman for the Commerce Department declined to comment on the contents of the uranium report and said it is at the White House.

The recommendations have yet to be presented to President Donald Trump and a meeting on the matter between him and advisers on the issue that had been scheduled for Thursday was said to be delayed, two people said.

The matter is far from final, but one person said it is certain that the White House appears poised to take action. Other options being considered include doing nothing or putting limits on uranium from specific countries, one of the people said.

Canadian Prime Minister Justin Trudeau who is meeting with Trump Thursday is expected to make the case against import quotas on uranium, which his country produces.

The Trump administration was asked by the two domestic uranium producers to impose a 25 per cent domestic market quota on the grounds imports of uranium are a threat to national security. A finding that the imports of uranium are harming U.S. national security gives Trump wide latitude to impose a trade remedy of his choosing -- or do nothing at all -- using the same trade law the administration has successfully used to slap tariffs on steel and aluminum imports.

While the domestic uranium producers, both of which are based in Colorado, initially asked the administration for a 25% quota, a lower amount could be a compromise both the utilities and the producers could live with, analysts have said.

Currently, the nuclear power industry gets nearly all of its uranium from foreign sources such as Australia, Canada, Kazakhstan, and Russia.

The U.S. uranium industry produced roughly 700,000 pounds in 2018, according to Chris Gadomski, a nuclear industry analyst at Bloomberg New Energy Finance. A five per cent quota would translate to between 2 million and 2.5 million pounds, he said.

The two miners who petitioned for the case have already begun expanding their mines in anticipation of a favorable decision.

--With assistance from Josh Wingrove and Will Wade