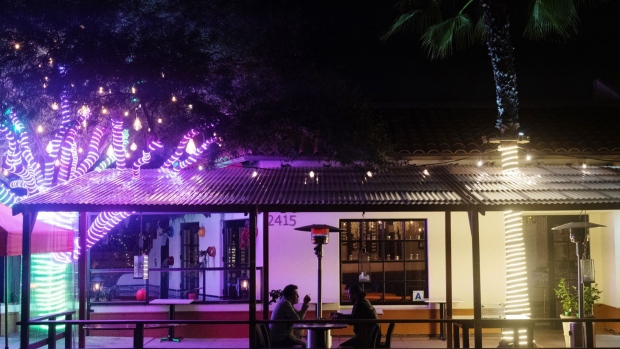 Initial jobless claims in regular state programs increased by 30,000 to 778,000 in the week ended Nov. 21, according to Labor Department data. Without adjustments for seasonal fluctuations, the figure rose by about 78,000 during the week.

A separate Commerce Department report showed U.S. household spending rose in October but incomes dropped by more than forecast, owing in large part to a decline in government supplemental jobless benefits. The savings rate fell for a sixth month. 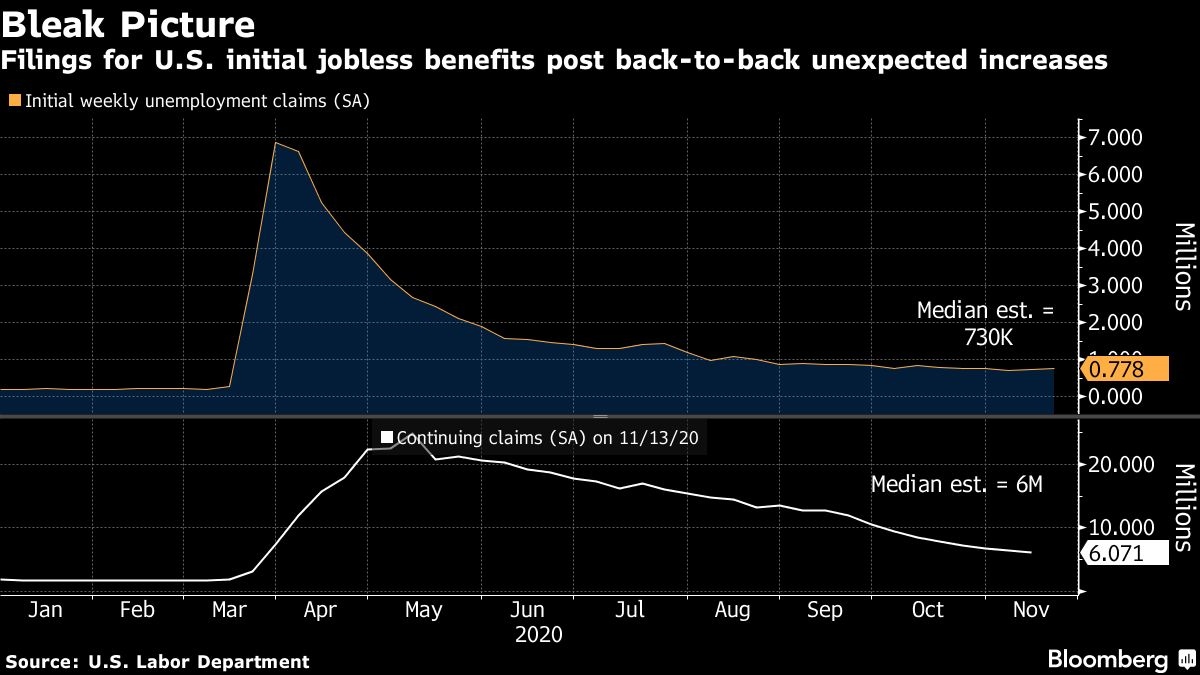 Continuing claims -- the total pool of Americans on ongoing state unemployment benefits -- fell by 299,000 to 6.07 million in the week ended Nov. 14. But the number of Americans on an extended assistance program continued to increase, a sign that more people have exhausted regular state benefits.

The consecutive rise in weekly claims shows that the resurgent coronavirus threatens to stall an economic rebound that was already moderating from a breakneck pace in the third quarter. Some economists predict a contraction in gross domestic product the first three months of 2021.

“The continued weakness of the labor market is something that is going to drive the whole economy down,” Catherine Mann, global chief economist at Citigroup Inc., said on Bloomberg Television. At the same time, solid sectors like manufacturing are “going to keep us from being in official recession, but it’s going to be very grim,” she said.

What Bloomberg’s Economists Say...
“If claims continue to move higher in the coming weeks, the chances of the U.S. economy tipping back into a contraction will intensify.”

U.S. stocks edged lower along with 10-year Treasury yields, while the dollar fluctuated.

Continuing claims for Pandemic Unemployment Assistance, which provides benefits to self-employed and gig workers, increased by about 466,000 to 9.15 million. The Pandemic Emergency Unemployment Compensation, which provides payments to the long-term unemployed, was used by 4.51 million Americans. Those two programs will expire at year-end, leaving many without government aid.

In other economic data released Wednesday: