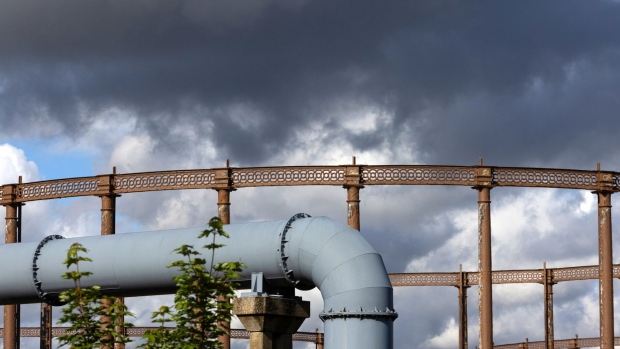 The UK government has asked the nation’s grid operator to ensure Britain has enough natural gas to heat homes and keep the lights on this winter if Russia cuts shipments to Europe.

National Grid Plc will draw a wide range of scenarios to prepare for possible supply disruptions when the heating season starts, the company said in a statement to Bloomberg. While the UK has a long-standing emergency plan that gets stressed tested every year, it’s never been enacted.

Europe is contending with the threat of a complete cut-off by Russia this winter as President Vladimir Putin steps up the use of gas as a weapon. Britain imports only about 4% of its gas from Russia, but in cold winters the nation has at times needed to rely on Europe for about a quarter of the fuel it needs to keep warm, make electricity and power industries.

National Grid’s Electricity System Operator said it was working with the UK government and the energy regulator Ofgem and that it “has committed to giving an early view of the winter in July, in addition to the normal winter outlook analysis,” according to the statement.

Britain’s energy system is particularly exposed to shortages as the country no longer has long-range gas storage sites after it decided to close Centrica Plc’s Rough in 2017. The smaller facilities available would only cover demand for about three to four days, leaving the UK to battle for supplies of liquefied natural gas in the world market.

In case the emergency plan is triggered, the UK would first ask households and industries to save try to save energy. The next step would be for large energy-intensive companies that already have an agreement with the government to shut down. But unlike Germany or France, the UK doesn’t have large industrial parks to halt.

“We don’t have that many industrial firms that consume that much gas,” said Niall Trimble, managing director of consultants Energy Contract Co. “What that probably means is that we’d need to start cutting back from power stations, starting with a few hours a day.”

The UK’s Department for Business, Energy and Industrial Strategy said remains fully confident in Britain’s security of supply this winter, and that there’s nothing to suggest that emergency procedures would be needed now.

National Grid’s four-step emergency plan also contains a load-shedding mechanism, in which companies in certain areas are forced to shutdown during pre-determined times of the day. The plan -- last revised in May 2021 -- will be stress-tested in September, with an exercise to ensure grid operators and companies are ready for any emergency, according to a grid spokesperson.

Business secretary Kwasi Kwarteng has asked to speed up preparations for a winter energy crisis. A deal has already been struck with Electricite de France SA to keep a coal-fired power station available this winter and plans are to extend to two more units. The UK also appointed a director-general of winter resilience earlier this month.

Household supplies would be the very last thing to be reduced. In an extreme scenario, the UK could cut off its gas interconnectors to Belgium and the Netherlands. The link to Ireland would likely be spared as the nation is so heavily dependent on the UK for energy, the grid spokesperson said.

“It’s important to emphasize that National Grid would only switch off interconnectors in the event there was a threat to domestic consumers,” said Adam Bell, head of policy at consultancy Stonehaven and former head of energy strategy for BEIS. “There’s a long way and many terawatt-hours of demand to go before you get to that.”

The threshold for resorting to the emergency plan is high, and dependent on the level of gas pressure in the UK’s pipelines. A loss of pressure would threaten the delivery of gas that’s in the system to the whole of the country, so keeping high volumes in the pipes is crucial. BEIS added that the priority was to work with EU partners and allies to end reliance on Russian gas.

The grid is also planning to roll out incentives for households to use less energy at peak times to help reduce demand. The measure is at the scoping stage and is an extension of a trial held in February with Octopus Energy Ltd. Britain’s 27.8 million smart meter customers could receive discounts on their bills if they reduce power consumption below usual levels.