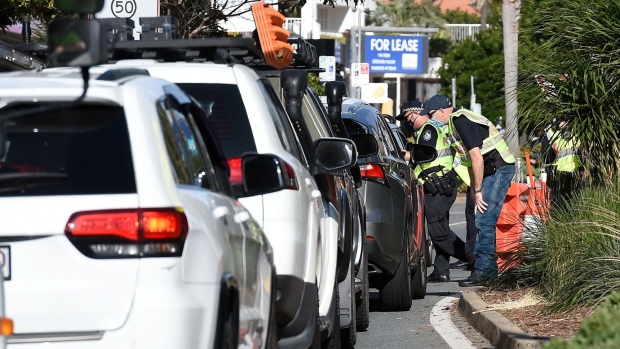 “We can’t stay in second gear,” he said on a Sunday morning television program. “We’ve got to get to top gear in living with the virus.”

State governments where Covid-19 cases are low, such as Queensland and Western Australia, have been reluctant to open their borders. Morrison says that will need to change when fully-vaccinated rates reach 80%, which he expects to happen before the end of the year.

“I can’t see any reason why Australians should be kept from each other,” the leader said. “And so that puts a heavy, heavy responsibility on those who would seek to prevent that from happening.”

Supply issues have restricted the country’s vaccination rates, with about 51% of Australians older than 16 having received both jabs.

Speaking on Australian television’s Weekend Sunrise program after meetings with leaders from the Quad group in Washington, Morrison said there is a used-by date on Covid-19 restrictions.

“There comes a time when you’ve got to honor the arrangement you’ve made with the Australian people, and that is when you get to 80% vaccination, it’s very clear that you can start opening up,” he said. “That’s what Australians want. We have that arrangement with them, get yourself vaccinated and we can ensure that Australia can go forward and not be held back by the strong controls we’ve had to live with.”

Morrison also said that his government has been working on their sustainable climate policy plan to achieve net zero emissions by 2050. He says he intends to achieve the emission targets without having to tax people.

“We can do it without having to shut down our industries and regions,” he said.