The Bloomberg Nanos Canadian Confidence Index, based on a random survey, ticked up slightly to 39.3 last week. While the index remains near its worst-ever readings recorded last month, the rise in confidence in recent weeks suggests negative sentiment may be finding a floor amid talk of reopening the economy. Sentiment around housing, however, remains at near-record lows. 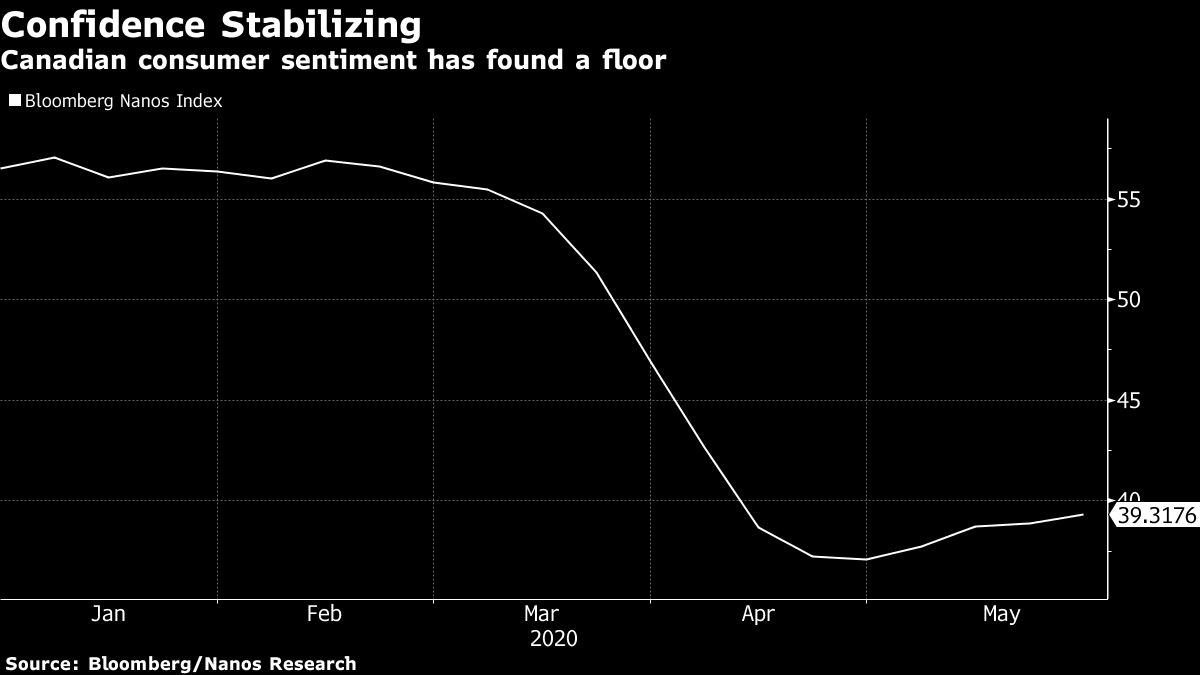 The polling suggests the mood is still dire, but with improvements on most questions.

-Regionally, the gains in sentiment have been mostly in Western Canada, aided by a recent rebound in oil prices and relatively fewer coronavirus cases -- British Columbia, for example, has one of the lowest death rates in North America. Confidence in Ontario and Quebec remain at near record lows

-The share of Canadians who say their personal finances have worsened over the past year dropped to 36.7 per cent, from as high as 42.3 per cent last month. That’s still about 10 percentage points above the average for this question over the past five years

-Canadians remain sour about the nation’s economic outlook, but are less pessimistic than they were a few weeks ago. About 73 per cent of respondents believe the economy will worsen, down from 80 per cent last month

-About one in five Canadians remains worried about job security, about double the historical average for the question. That’s down from a peak of about 25 per cent a few weeks ago

-Housing is an outlier. Even as sentiment has improved around the economic outlook and personal finances, expectations around real estate are weakening. Over the past two weeks, almost half of respondents anticipate a drop in home prices, which is a record and about three times above the average for this question