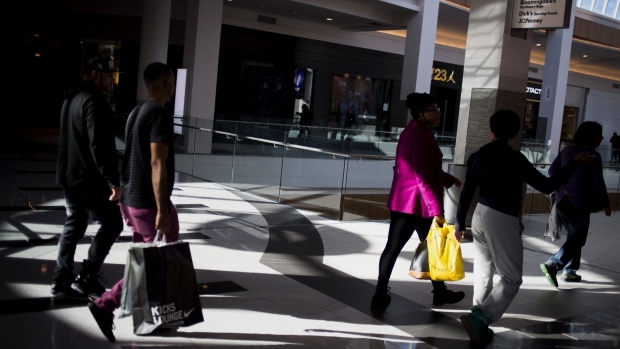 (Bloomberg) -- A portfolio manager who made a fortune shorting shopping malls in 2020 during the pandemic is forming his own hedge fund that aims to bet on distressed real estate.

Daniel McNamara, whose fund at MP Securitized Credit Partners generated a 119% net return in less than four months last year by shorting a commercial mortgage-bond credit derivatives index with outsized exposure to failing shopping malls, has left the firm. He is forming a new long/short hedge fund focused on the CMBS market.

The firm, dubbed Polpo Capital, is starting with approximately $100 million in capital. It’s looking to produce a 15% net return to investors with modest leverage by capitalizing on the coming distress in commercial mortgage debt as forbearance agreements expire, reserves are depleted and loans reach maturity.

“A seismic shift in commercial real estate is taking place,” McNamara said in an interview.  “Retail, hotels and offices will be the sectors under the most distress, as changing consumer demands and post-Covid corporate spending continue to shift.”

McNamara believes a maturity wall is looming over CMBS, with more than $100 billion of the securities set to mature by the end of 2022. “This will provide opportunities for those with sophisticated capital to take advantage of loans that will fail to be refinanced and become liquidated,” he said.

Beyond the high delinquency numbers in hospitality, the “shadow delinquency” rate across CMBS is still elevated, McNamara said. This occurs when a loan goes from delinquent to current due to forbearance or because borrowers are allowed to tap reserve accounts to pay for debt service.

“These are temporary, band-aid fixes that do not address the structural issues,” McNamara said.

McNamara was a CMBS portfolio manager at MP, which is part of MatlinPatterson, since 2012. He was a leading proponent of shorting the retail-heavy CMBX 6 credit derivatives index, a strategy some called the Big Short 2.0.

In 2017, firms including Deutsche Bank AG and Morgan Stanley recommended betting against commercial real estate, and in particular malls and shopping centers, using indexes of commercial mortgage bonds. Series 6 of the CMBX index, linked to debt issued in 2012, has outsized exposure to shopping malls, making it appealing to traders who want to bet against retail.

The short position flailed for a few years as malls held on. But those fortunes reversed as lockdown orders kicked in during the pandemic last year. People stayed home and shopped online, exacerbating the problems at brick-and-mortar stores. Even after many states allowed retailers to open up, traffic remained low.

McNamara started the MP Opportunity Fund in February 2020 as the coronavirus was emerging, with the specific intent of shorting the CMBX 6. Within a month, the fund doubled its money, and it had a 119% net return by May, when the gains were distributed to investors and the fund was closed out.

The same trade also produced a $1.3 billion windfall for Carl Icahn, who increased his position after the pandemic shutdowns.

McNamara is seeing the problems with commercial real estate up close as he builds Polpo, which means octopus in Italian and is his child’s favorite animal. He’s hired four employees so far and said he doesn’t miss commuting five days a week.

“Everybody is going to a hybrid model, including my firm, which took out office space in Midtown Manhattan,” he said.