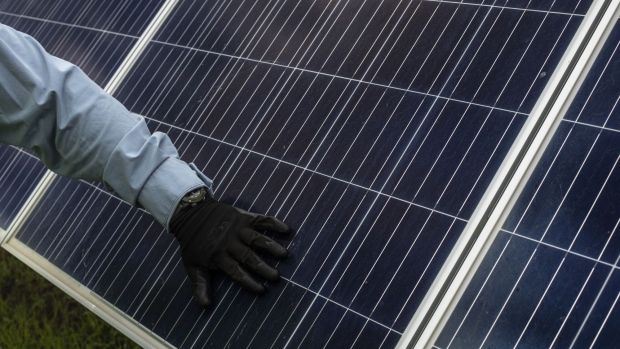 Solar stocks are on fire in Poland.

Shares of Columbus Energy SA, Novavis SA and 01Cyberaton SA have surged more than 1,000 per cent in the past 12 months, making them the top performers among Polish small caps. Investors have piled into such stocks in anticipation of a surge in demand sparked by a nine-fold increase in Poland’s subsidy for households that want to buy solar panels.

Solar stocks began rallying late last year as Poland announced the subsidy, and got a further boost this month after the program’s budget of 900 million zloty (US$237 million) for 2020 far exceeded the amount paid last year. The initiative is part of Poland’s green energy push, as the country is poised to gain the most from the European Union’s US$111 billion climate fund. Other stocks in the industry including Photon Energy NV and Sunex SA have also more than doubled in the past year. 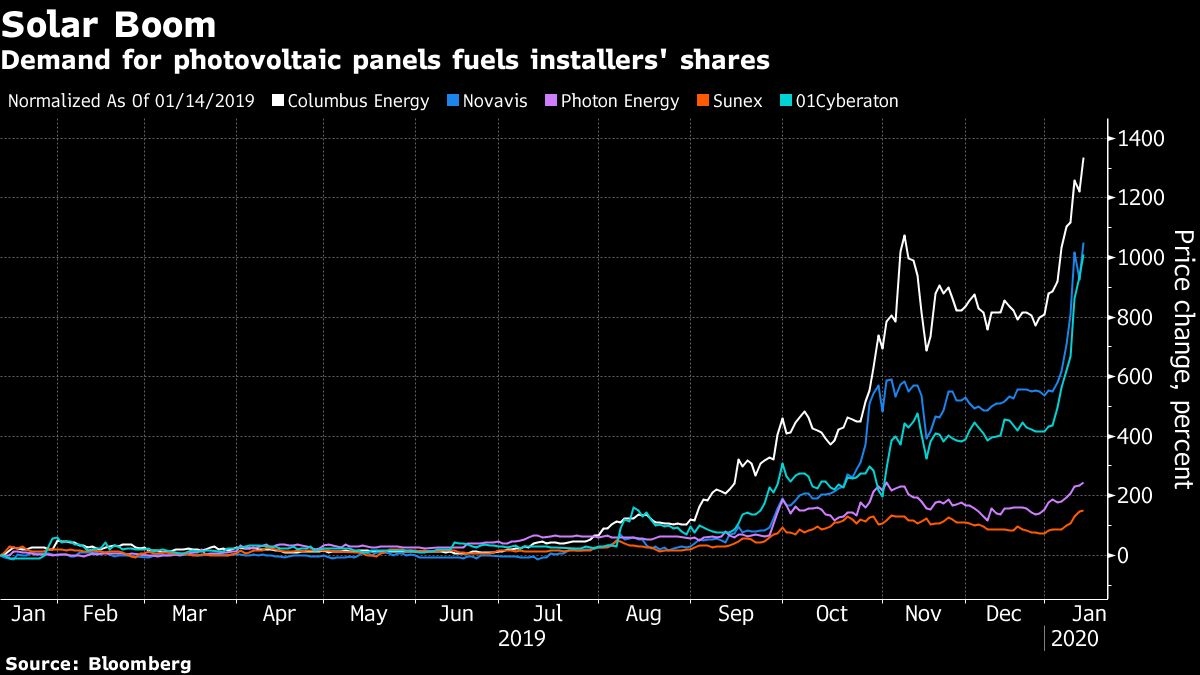 “It’s clear that investors are seeking exposure for booming clean energy industry,” Adam Lukojc, head of investments in Allianz TFI mutual fund says by phone. “The real challenge is to verify whether the companies involved have unique technologies that will allow them to maintain margins when competition is set to grow.”

Solar initiatives in Poland in recent years have seen the likes of of Aberdeen Standard Investments and Norges Bank investing in a country traditionally dependent on coal. But not all names have lived up to the hype.

ML System SA tumbled from a one-year high in November after its earnings failed to impress. Lukojc sees state-led utilities eventually becoming the biggest beneficiaries of Poland’s green push, as they have the most capacity to absorb EU funds. Still, the transition away from coal generation may take some time.

The next round of earnings releases may offer investors more clarity on the impact of the government’s initiative on demand. 01Cyberaton reports next month, while figures from Columbus Energy, whose shares have jumped 59 per cent in January alone, are due in March.